Relations between Russia and Israel are developing in the economic, political and military spheres, as well as in the area of humanitarian cooperation, Russian President Vladimir Putin said at his Wednesday meeting with Israeli Prime Minister Benjamin Netanyahu.

“Our bilateral relations are developing rather positively,” Putin said, noting this “concerns our cooperation not just in the economic sphere, but in the political arena as well. Relations between our defense departments are at a high level as well,” the Russian president went on, noting that the same is also true concerning “the humanitarian sphere.”


Prime Minister Netanyahu, for his part, said on Wednesday that he had a very important meeting with President Putin, and told him that his country is against any Iranian presence in Syria.

“It was a very important meeting with Russian President Vladimir Putin. I stressed Israel’s clear position against any Iranian presence in Syria,” Netanyahu posted on his Facebook page.

He also wrote that he told the Russian leader that Israel had downed a Syrian drone over its territory, and that “we will continue to react severely in such situations.” 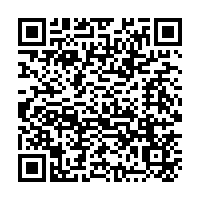