A document obtained by Srugim, signed by dozens of rabbis, including ultra-Orthodox Rabbis Moishe Sternbuch, Avraham Auerbach, and Shlomo Yosef Mahfoud, as well as leading Religious-Zionist poskim, such as Rabbis Avigdor Nebenzahl and Dov Lior, attacks a prenuptial get-writ of divorce proposed by the Modern Orthodox Rabbinic group Tzohar, saying that in reality “this marriage agreement means the very destruction of the religion, causing individuals to sin in having relations with a married woman and increasing mamzerim-children of illicit coitus in the nation of Israel.”

Rabbi Avraham Stav, who teaches at Har Etzion Yeshiva and is a member of Tzohar, explains the essence of the proposal, saying that “when one spouse announces his/her desire to break up the marriage, this initiates a period of 6-9 months of attempting to restore the marriage with the help of a professional. At the end of that period, should the attempts at restoration fail, the spouse who decides to delay the divorce will be charged a monthly payment to the other party of about $1,680 or half of his/her monthly salary, whichever is higher.”

“This amount should allow the ‘detained’ spouse a dignified existence that suits the standard of living to which he/she is accustomed in food and housing,” Stav explains. “Both spouses are obligated to make the aforementioned monthly payment from the moment of their marriage, but each party pardons the other of the obligation to pay as long as they have not reached a state of separation.”

This is a creative solution which attempts to bypass the coercion problem inherent in prenuptial get deals, because, by Jewish law, a get must be given absolutely voluntarily. Here there is no coercion, ostensibly, rather this is a financial agreement between spouses, which takes effect when a specified condition is met, in this case when one of them moves out of the house.

Rabbi Nebenzahl, Senior Dean of Yeshivat Netiv Aryeh, faculty member at Yeshivat HaKotel, and spiritual leader of the Ramban Synagogue in the Old City of Jerusalem, wrote that “he who incites individuals to sign such an agreement is not an Orthodox rabbi, and his halakhic rulings can not be relied upon.”

Rabbi Dov Lior, former rabbi of Hebron and Kiryat Arba, wrote: “This agreement is contrary to the fundamentals of halakha and may lead to serious problems of divorce and adultery, in addition to the destruction of the sanctity of family life. Such an agreement has already been rejected by the chief rabbis of Israel.”

Rabbi Lior referred to a proposal for a prenuptial agreement submitted by the Na’amat movement, which was rejected by the Chief Rabbis of Israel in the 1980s.

The list of 44 Rabbis includes President of Har Hamor Yeshiva, Rabbi Tzvi Tau, who cites Rabbi Abraham Isaac Kook, who stated unambiguously that “a get given against the husband’s will is worthless.”

Even Rabbi Uriel Lavi, who made headlines when he initiated the court-mandated get to a woman whose husband has become critically incapacitated—a ruling which was challenged angrily by Sephardi Chief Rabbi Yitzhak Yosef, and which cost Rabbi Lavi in terms of his career advancement (the Haredim keep him out of the rabbinic high court) – has come out against the proposed prenuptial get agreement.

Rabbi Lavi wrote in his book Ateret D’vorah against signing Tzohar’s prenuptial agreements, because they oblige one of the parties to make punitive payments even in cases where a Rabbinical Court has not declared the termination of the marriage. “An agreement obligating the get-delaying party to make payments should only go into effect after the court has decided to enforce a divorce, and not from the time when the dispute between the spouses began,” Rabbi Lavi argues.

The Chief Rabbinate in Israel is the most effective Jewish court in the world when it comes to enforcing a get, having at its disposal as it does the full resources of the State, including its prisons.

Also, the state of mind of a husband who signed the Tzohar prenuptial agreement may be affected by the financial consequences to the point where his get may not be given in a purely voluntary manner.

The Chief Rabbinate in Israel is the most effective Jewish court in the world when it comes to enforcing a get, having at its disposal as it does the full resources of the State, including its prisons.

The Tzohar proposal, in its attempt to reach a get without the involvement of the Rabbinical Court, may actually create the kind of coercion that puts the get in question, and endangers the halakhic status of the divorced wife’s children from her new husband.

Tzoar’s Rabbi Avraham Stav answers this claim saying that the payments, though punitive, are also a much-needed support for a wife who may otherwise find herself out on the street.

Tzohar is yet to issue an official response to the attack on their proposal.

So Where Exactly is the COVID-19 Coronavirus in Israel? 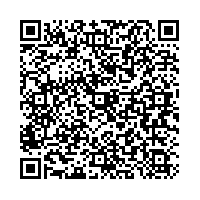