Chief Rabbi of Efrat, in Gush Etzion, Rabbi Shlomo Riskin, one of the most prominent liberal rabbis in religious Zionism, is warning against religious coercion of secular Israeli Jews. He points an accusing finger at the Chief Rabbinate, among others, which he says keeps pouring gasoline on the fire.

In an interview on Tuesday with Israel Hayom, Rabbi Riskin said that “there’s a serious problem with religious coercion, in fact this is an oxymoron – if it’s coercion, it can’t be truly religious.”


Riskin’s position on public transportation is not typical among the knitted yarmulke leadership. “This issue, too, creates a lot of anti-Jewish sentiment,” he said. “After all, people who have cars can travel on Shabbat and others can’t. As a result, for instance, the poor have no way of visiting relatives in hospital on Shabbat because there is no public transportation.”

“It is very problematic, but there’s a solution,” he pointed out, “Public transportation can be operated on Shabbat with non-Jewish drivers.”

“It is impossible to compel Shabbat observance through a state law,” Riskin said, adding, “I would be very happy if everyone kept Shabbat and did not work, but the state must be careful about what it requires by law.”

In recent months, Israelis witnessed a rise in political confrontations over the relationship of state and religion, with the passing of the Supermarkets Act that compels secular business owners to stay closed on Shabbat; a hearing at the High Court of Justice regarding the outline of the Western Wall; and a law seeking to regulate state railway works on Shabbat by compelling the minister in charge to consider Jewish law in his decision-making.

These and other confrontations between the Hartedi, Religious-Zionist, and secular coalition partners to a possible breaking point, while interfering with the way local municipalities handle their Shabbat-related decisions.

But before Rabbi Riskin’s interview is picked up for fund raising brochures of Women of the Wall and other Reform and Conservative institutions, he stressed that “Judaism in the State of Israel must be Orthodox,” and “the official prayer at the Western Wall must be Orthodox, with a partition and according to halachic rules.”

“They (Reform and Conservative) cannot be officially recognized, they need to understand that,” he said. “At the same time, I also think that the State of Israel must understand that our Jewish places should include non-Orthodox Jews. The establishment prayer must be Orthodox, but, at the same time, we must respect people with whom we disagree.” 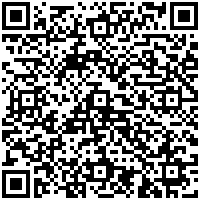