Former Knesset Member Basel Ghattas (Joint Arab List) Arab List) began serving his prison sentence Sunday morning. Some three months ago, the Be’er Sheva Magistrate’s Court accepted the plea bargain between the prosecution and Ghattas—convicted of smuggling cell phones to a security prisoner—and sentenced him to two years in prison. In addition, the judge increased the amount of the fine the former MK would pay to $35,000 and also determined that his actions would be considered an act of disgrace, limiting his ability to re-enter politics following his release.

“I enter proud, upright, with my head raised, enjoying the real public support of my people,” an unabashed Ghattas told reporters at the Gilboa prison. “I am proud of this support. I will also be released from prison in another two years with my head up high, and I will continue the path of political activity that I have been doing for 40 years. I will continue to defend prisoners’ rights and make their concerns part of the public agenda.”


Internal Security Minister Gilad Erdan (Likud) referred to Ghattas’ statements on his Facebook page, writing, “I am also proud today that the Israel Prison Service caught you red handed while smuggling cellular phones to terrorist murderers, exposed your face as a terrorist accomplice. I am proud that you have been removed from Israel’s Knesset (there’s still unfinished work left to expell a few more like you), and I’m proud that you’ll find your true place behind bars.”

In his ruling, Judge Itay Bresler-Gonen wrote that Ghattas “took advantage of his status as a member of the Knesset and the trust given him by the democratic system and the IPS. The trust he violated came from the entire public, not only his own voters.”

The judge nevertheless did not impose the full three years maximum allowed by law, accepting instead the plea bargain stretch of only two years. He explained the lighter sentence in the fact that the defendant did not violate the law for personal gains, his age (61), and the fact that he resigned from the Knesset and relinquished his parliamentary immunity, sparing the House a strenuous debate over stripping a fellow legislator of his immunity. 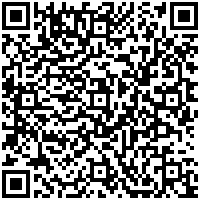