Justice Minister Amir Ohana (Likud) on Wednesday used his parliamentary immunity to expose from the Knesset podium the prohibited means of interrogation used by police against former Netanyahu adviser Nir Hefetz. An Israeli court, responding to a police request, had placed a gag order on the story, but Ohana, as an MK, cannot be persecuted for defying the order without a move by the majority of legislators to remove his immunity and expose him to prosecution.

On Monday, News 12 intended to publish an explosive report detailing the ruthless and probably illegal things police interrogators had done to Hefetz to force him into turning state’s witness, but the channel and its star reporter, Amit Segal, were barred by the court’s gag order. Channel 12 did post a text version of the report, eliminating most of the names involved, save for Hefetz’s (See: Smotrich: Irregularities, Cover-Up in Netanyahu Investigations Greatly Diminish Public Faith in the Police).


“According to various publications, they got Nir Hefetz … when he was all stung and begging to see a doctor,” Ohana told the Knesset plenum, referring to Hefetz’s complaints that the detention cell in which he was held for two weeks was full of fleas that stung him mercilessly.

“And then they bring in a young woman who has nothing to do with the prime minister’s investigation, and they ask her a series of intrusive and penetrating questions about the nature of her relationship with the witness,” Ohana continued. “After being squeezed like a lemon of all the information, and I repeat, she’s not suspected of anything, they arrange a spontaneous meeting between [him and her] in the hallway, and they tell him: ‘Nir, we know everything. We will drop a bomb on your family.'”

“At which point Nir surrenders, signs a state’s witness agreement and gives the police a version of the events. This version is examined and found to be false, at which point he is taken outside with one of the interrogators, they leave for an undetermined time which is not documented and we do not know what went on in that conversation, then [Hefetz] returns and submits a full, tailor-made testimony, which perfectly fits the interrogators’ data.”

News 12 reported that the interrogators used economic threats, telling Hefetz: “It’s money, we know how to deal with money and we know how to take you and clean you of your assets.”

According to the same report, one of the interrogators told Hefetz: “I can tell you that every corner where you tried to hide and conceal throughout your life, we’ve already turned over this corner and discovered what you hid there, and we’ll show you all those mysteries and hidden things. And every horror movie or anything that’s running in your head will turn up here, in this room. I’m not kidding you, Nir, and I’m not cheating you, remember what I told you in our conversations, these are things that may not affect only you.”

On Tuesday, the police defended its position and announced it was “conducting investigations professionally, thoroughly and in accordance with the law, especially when it comes to sensitive investigations involving public figures.”

The police added: “We should note that summoning witnesses and interrogation subjects is carried out only for investigative purposes, all in accordance with the law and legal guidelines. Any other claim in this regard is fundamentally wrong.”

But Globes reported Wednesday night that Lahav 433 investigator Yaniv Peled, who interrogated Nir Hefetz in the early days of his arrest, reportedly while allegedly crossing some red lines, ended his service in the ranks of both Lahav and the Israel police.

Globes also reported that Attorney General Avichai Mandelblit plans to consider seriously the allegations of interrogators using improper pressure against Nir Hefetz to motivate him to cooperate with the police.

However, the Attorney General and State Prosecutor Shai Nitzan issued a statement on Wednesday saying they “firmly reject the justice minister’s statements which he read them from the Knesset podium. Among other things, he claimed that serious crimes are being committed maliciously and that the system’s leaders ‘protect criminals’ and ‘allow decay to take over.’ These things are extremely serious and distort reality.”

An organization calling itself the Democratic Front has already complained to the AG against Minister Ohana, requesting Ohana’s investigation for breach of the court’s gag order, which they believe constitutes stepping on the law.

Clearly, they won’t recognize a democracy if they watched it exposing vile police behavior from the Knesset podium… 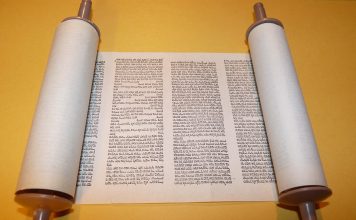 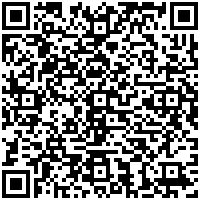