“The three then launch into a musical number that interprets avodah, the national ethic of labor, as ovdim aleynu, ‘They’re Working Us Over,’ in which each stanza spoofs the promises made by politicians when running for office…The song’s refrain [was], ‘They’re working us over…and we never learn…”


That refrain remains valid in both claims.

In response to a recent blog about the 104 terrorist releases, a Bayit Yehudi voter from Efrat comments, “It helps show the world the corner they’ve painted us into with this prisoner release. It shows the world their shame.”

This is not the language of vigorous, sovereign citizenship—what Israel’s national anthem calls an am chofshi b’artzenu (free people in our land). This is the language of evasion, feebleness, and dependency, confirming those who describe Israel as an American protectorate.

“The last time I checked, [U.S. Secretary of State] Kerry does not work for Israel and does not represent us. Shaked’s party leader, Naftali Bennett, her Prime Minister, Binyamin Netanyahu, and Shaked herself do represent us. If Israel is making admittedly stupid moves like releasing terrorist murderers—especially when we get nothing in return—maybe we need to be looking at our own leadership and not at the Americans.”

Compare these essentially “America made us do it” claims with the recent observance of Tisha B’Av and associated lamentations about European Jews during the First Crusade in the 11th century. Those ancestors had neither an army nor a state as they faced demonic hordes seeking to destroy Judaism.

Yet despite such physically superior aggressors, Rabbi Joseph B. Soloveitchik zt”l noted about the many Jews who chose death rather than apostasy, regarding the lamentation Hacharishu Mimeni Va’adabera (“Be quiet, allow me to speak…”): “The enemies had a simple demand: all the Jew had to do was kiss the cross. The Jews could have saved their lives, but they would not agree to become apostates.”

Now consider the State of Israel in 2013, which has one of the strongest militaries in world history and a Yom Ha’atzmaut. How perverse is the claim that this superpower releases murderers of its citizens due to being “painted into a corner”?

The painted into a corner mentality always means rationalizing and mitigating injustice, the terrorist releases being the latest catastrophic example. Before that, it was blame Obama and the EU when the government froze construction in Yehuda and Shomron.

Or blame John Kerry and Catherine Ashton when Hamas attacks cities like Sderot with what amounts to impunity.

Or blame their predecessors when Israeli soldiers expelled 8,600 Jews from Gush Katif.

Do anything except reflect upon one’s own society and the regime it has produced. As Rabbi Yehuda Balsam commented this month in a related context, “If you’re not so happy with your leadership, perhaps it’s worthwhile to take a look in the mirror.” (See 5:00 here.)

“When you have no self-respect, you cannot expect anybody else will respect you,” Rabbi David Bar-Hayim of Machon Shilo has noted. Specific to the religious Zionist sector—of which Bayit Yehudi is the latest political incarnation—Rabbi Bar-Hayim observes:

“One of their characteristics is a tremendous naiveté regarding the authorities, the powers that be. They’re always trying to read into their actions more positive motivations than truly exist. They’re always willing to overlook evils done by these people.” (See 34:50 here.)

To paraphrase the The Pale Trackers in 1981: Some people get worked over, and they never learn. 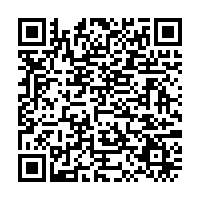