At Thursday’s United Nations Security Council meeting, United States Ambassador Nikki Haley honored her pledge to shift the focus of the Middle East conflict away from the Israeli-Palestinian conflict. Haley, who is rotating as UNSC president for the month of April, didn’t mince words when she steered the Council away from Israel and onto Iran’s support of terrorism.

“Every month, this Security Council convenes a meeting on the Middle East. Regrettably, these monthly meetings routinely turn into Israel-bashing sessions,” said Haley, reiterating comments she made last month at the American Israel Public Affairs Committee Policy Conference in Washington and again later that same week at an Anti-BDS Summit.

After telling the council that the Security Council has operated for years with a “formula that is absurdly biased against one country and painfully narrow in its description of the conflicts in the region,” she segued into the new agenda. “These biased Middle East discussions impose a real cost – threats are evolving and do not fit neatly within borders. By limiting itself, this Council ignores the pressing threats right in front of us”. She added that in order to achieve any real progress, old and counterproductive patterns must be broken.

“If we are speaking honestly about conflict in the Middle East, we need to start with the chief culprits – Iran and its partner militia, Hezbollah, who are conspiring to destabilize the Middle East.”

“If we are speaking honestly about conflict in the Middle East,” she said, “we need to start with the chief culprits – Iran and its partner militia, Hezbollah, who are conspiring to destabilize the Middle East.” She pointed out that after decades of committing terrorist acts, Iran and Hezbollah are now expanding their actions by propping up Bashar al-Assad, killing of thousands of Syrian civilians, adding to the misery of millions of refugees, training deadly militias in Iraq, and arming Houthi militants in Yemen.

“These are the threats that should be dominating our discussion at this Security Council,” said Haley.

The move represented the profound change in tone since the current US administration appointed Haley, who’s had virtually no previous foreign-policy experience, as its Ambassador to the United Nations. Haley took the floor Thursday following remarks made by Palestinian Authority Representative Riyad Mansour and Israeli Representative Danny Danon.

Mansour, who been warned by Haley that that the US would block any motions targeting Israel, toned down the provocative rhetoric he’s known for. He touted the upcoming May 3rd meeting between US President Donald Trump and PA President Mahmoud Abbas as a great victory, then evoked the current hunger strike by over 1000 Palestinian prisoners. Mansour gestured across the Council at Danon when he called for international solidarity with the prisoners to compel Israeli to “comply with the law and respect for human rights.”

Danon took the floor after Mansour and pointed that the leader of the hunger strikers, Marwan Barghouti, had been arrested and tried in a fair and open trial and was subsequently convicted of direct involvement in the murder of five people. Danon then held up a photo of one of Barghouti’s victims, Yoela Chen, a mother of two who was shot at point blank range in 2002 while stopped at a gas station near the entrance to Jerusalem suburb Givat Ze’ev.

Not one to be out-gestured, Danon then told the Security Council that Hamas “continues to manipulate the good will of the international community” by diverting hundreds of millions of dollars to weapons and tunnels, pointedly nodding across the Council at Mansour and adding “while Palestinians continue to suffer.” He then followed Haley’s cue, and rather than engage Mansour in a ping-pong like volley of blame, zeroed in on Iran.

“In 2006 Hezbollah had 6000 rockets,” Danon told the Council, “Today they have almost 150,000 more advanced weapons and the capability to hit 90% of Israel. Where does this come from? Iran of course. They will stop at nothing to arm Hezbollah.” He told the Council that Iran was sowing chaos in Syria and was an accomplice recent gassing incident.

“Israel fully supported the United States air strike against Syria,” he said, and emphasized the need for the international community to rid Syria of all chemical weapons. “Iran is conducting ballistic missile tests and providing support for Hamas in Gaza,” he continued, “Hezbollah is threatening Israeli borders, and Iran is arming Hezbollah.”

Danon, who often brings visual aids to UN meetings, produced a 2014 schematic of Gazan tunnels and broke it down for anyone in the room who might not grasp the severity of the tunnel problem. “Members of this council, you need to understand. Many of the Hamas tunnels are longer than the Lincoln Tunnel [connecting New York and New Jersey]. He then gave voice to a concern some Israelis fear is looming – “Hamas is leading us toward the next conflict” – and asked the council to think about something Iranian Foreign Minister Javad Zarif was quoted as saying, “Resistance movements are part of Iran’s foreign policy”.

Haley also addressed Iran’s ballistic missile tests, stating that they not only undermine regional stability, they defy UNSC resolutions. She vowed that the United States and its partners would work closely to document and address all violations. “While this Council has paid too little attention to this growing menace, the United States will not. We are going to speak up about Iran and Hezbollah, and we are going to act against their lawlessness,” she said.

Although unequivocally training the Council’s attention on Iran, Haley briefly touched on the subject of Israeli-Palestinian negotiations. “The United States firmly believes that peace is possible between Israel and the Palestinians, and we are actively working toward that goal. But peace will only come from direct negotiations, not from one-sided Security Council meetings or one-sided resolutions.”

Given these comments, the potential turning tide of international opinion, and the recent warming of relations between Israel and several Sunni Arab states such as Saudi Arabia, that day may be coming. Or at the very least, as Danon said at the conclusion of his remarks on Thursday, we’re no longer in it alone. 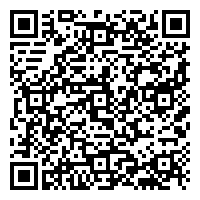