Pro-Palestinian Authority demonstrators attacked pro-Israeli demonstrators in Toronto and numerous other Canadian cities this weekend. An “older” Jewish man was bloodied on Saturday at a rally in Nathan Phillips Square, badly beaten by attackers with sticks and bars. A police officer was bitten as well, according to CP24.

This Toronto pro-Palestinian march is more violent towards Jews than any white supremacist march I've ever seen. https://t.co/8DtXTLpZrg pic.twitter.com/Qcj72nCVtG

“We condemn in the strongest terms these brazen acts of assault, intimidation and hate targeting members of Toronto’s Jewish community and supporters of Israel. There is absolutely no justification for political violence in the streets of Toronto, whatever one’s cause may be,” said a joint statement issued by the Friends of Simon Wiesenthal Center for Holocaust Studies, the UJA Federation of Greater Toronto, B’nai Brith Canada and CIJA.

“Those who hate Israel so much that they assault their fellow Canadians aren’t just a threat to Jews. They threaten the fabric of Canadian society,” the statement said.

Video footage from a demonstration in Toronto, #Canada Saturday shows pro-Palestinian activists beating pro-Israel counter-demonstrators. According to witnesses, antisemitic statements were voiced by the perpetrators.

There is absolutely no justification for political violence. https://t.co/g8LLm65TF2

Toronto police said they were investigating a video online that showed an “older” Jewish man being assaulted in the city’s downtown Nathan Phillips Square location.

Canadian media reported that pro-Palestinian and pro-Israeli groups were at rallies just a block or two from each other when the violence started. Some 5,000 people attended the anti-Israel protest, according to Global News Toronto.

Mayor John Tory slammed violence against Jews in his city in a tweet posted on Sunday.

Hate, anti-Semitism and violence have no place in our city. Any violence against our city’s Jewish community or members of any other community in Toronto is absolutely unacceptable. pic.twitter.com/nlI9xSfC1q

“Hate, anti-Semitism and violence have no place in our city,” Tory wrote. “Any violence against our city’s Jewish community or members of any other community in Toronto is absolutely unacceptable,” he tweeted. Tory added that he gave Police Chief Ramer a video of a “particularly disturbing incident” which had been sent to him.

Three anti-Israel “protesters” were arrested by police for perpetrating the violence, according to CBC Canadian News.

Ontario Premier said in a tweeted statement on the Toronto violence, “These acts of violence and expression of anti-Semitism have no place in Ontario. This behavior is totally reprehensible and should be investigated by the police. Discrimination or hatred of any kind against any community in our province should never be tolerated.”

The CIJA said in a release following the Toronto violence, “Shocking video and eyewitness accounts confirm that a group of protestors bearing a Palestinian flag swarmed and brutally assaulted a small number of pro-Israel demonstrators.

“Vicious, anti-Semitic statements were voiced by the perpetrators during the assault, according to witnesses. At the time, several dozen supporters of Israel had been demonstrating near the crowd of several thousand Palestinian supporters,” the CIJA said.

In Montreal, pro-Palestinian protesters arrived at a rally being held by pro-Israeli counter-protesters and hurled rocks at the Jewish demonstrators. Police intervened, using tear gas to disperse the attackers, according to an AFP reporter at the scene.

Rocks being launched against peaceful pro Israel demonstrators and #antisemitic slurs being yelled at them. This is NOT the Montreal and Canada that I know and love. People are free to peacefully disagree. This is just vile. https://t.co/RoyYDQ5ZXd

Police spent the afternoon chasing the pro-Palestinian demonstrators who scattered and then regrouped in the city center.

Montreal Mayor Valerie Plante said in a tweet that “protesting is a right” but that “intolerance, violence and anti-Semitism have no place here.”

In Ottawa, police estimated some 2,000 to 3,000 protesters attended a rally on Saturday organized by groups representing the “local Palestinian community,” condemning Israeli strikes in Gaza and the “unrest in the occupied Palestinian territories,” according to a reporter for CBC Ottawa.

Many people at a rally condemning the latest Israeli strikes in Gaza, and the unrest in the occupied Palestinian territories. The rally was at Human Rights monument today in downtown #Ottawa and then people walked to Parliament Hill. #ottnews pic.twitter.com/7PKsyXE3uK

A pro-Israel rally drew “hundreds” in Ottawa, according to CBC Canada.

Hundreds of people gathered at Tom Brown arena in #Ottawa today for a pro-Israeli rally, calling for peace in the Middle East. Many told me they are worried about friends and family in Israel and the region as violence unfolds there. #ottnews pic.twitter.com/5CnvhiGfeb

In Winnipeg, more than a dozen police separated pro-Palestinian and pro-Israel demonstrators on Saturday outside the Manitoba legislature.

The Jewish Federation of Winnipeg said Friday ahead of the pro-Israeli rally that the event was not taking place in consultation with the city’s organized Jewish community and that it wasn’t encouraging people to attend the rally on Saturday, the Jewish Sabbath.

Canada’s Prime Minister Justin Trudeau condemned the violence Sunday in a statement citing “despicable rhetoric and violence we saw on display in some protests this weekend.” He added in a tweet that there was no tolerance for “anti-Semitism, Islamophobia or hate of any kind.”

Pro-Palestinian protesters took to the #GardinerExpressway this evening in a slow moving demonstration in regards to the recent conflict between #Israel and #Palestine. The slow moving convoy is making its way towards the Downtown Core. #Toronto pic.twitter.com/4IOnfxeOtV

Virtual Pro-Israel Rally
A virtual event organized by the Center for Israel and Jewish Affairs (CIJA) was held Sunday in solidarity with Israel as pro-Palestinian demonstrations continued to draw “thousands” in Canada.

CIJA CEO Andrea Freedman told participants at the virtual event, “Even the remarkable Iron Dome defense system cannot protect Israeli citizens – young and old, Jew and Arab – from the trauma of an endless barrage of alerts and rockets.

“Jewish Canadians want peace and we are very concerned that anti-Semitic violence is taking root here in Canada.

Almost 1,000 people participated in the virtual event, according to CIJA. Ohad Kaynar, deputy head of mission at the Israeli Embassy in Canada addressed the participants. 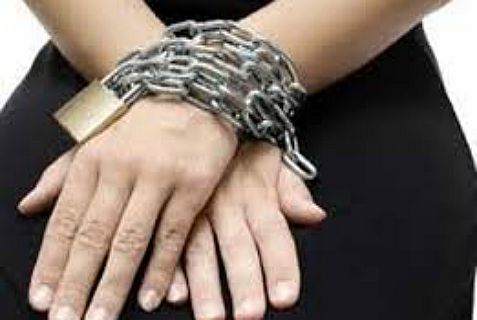