The Port of Humanity Tsuruga Museum which is dedicated to displaying the history of Tsuruga Port, in Fukui, Japan, where the Jews who were rescued by Japanese diplomat Chiune Sugihara landed in World War II. Sugihara served as vice-consul for the Japanese Empire in Kaunas, Lithuania, and saved the lives of many Jews by issuing them “visas for life.”

In November, the museum launched an exhibition titled “Between Life and Death – Stories of Rescue During the Holocaust,” to celebrate its first anniversary. The museum celebrated its grand reopening on November 3, 2020. Its exterior features four buildings that have stood near Tsuruga Port since the first half of the 20th century, and were restored to make this museum. The interior’s exhibits include a theater, which introduces the history of the “Port of Humanity.” The exhibition will continue through Jan. 31.

The exhibition introduces stories of Jews who were rescued from twelve European countries and explains how they survived, and the historical realities of Europe under Nazi occupation. According to the museum, the stories convey the Jews’ courage and strong will to live. It also includes testimonies from people saved by the visas issued by Sugihara. A museum spokesman, aware of the fact that Japan was a Nazi ally at the time and that vice-consul Sugihara risked his career, if not worse, said, “We’d like to make this an opportunity to think about war’s cruelty and the value of peace.”

Tsuruga Port was the first point of disembarkation on Japanese territory after a long and harsh journey from Europe via Trans-Siberian Railroad. The museum presents interviews with the survivors, as well as their descendants, showing how the local citizens warmly supported the Jewish refugees during their short stay in Tsuruga before they departed for their destinations in Japan, most notably the city of Kobe.

An important city throughout Japanese history, Kobe also has a significant Jewish history. It had a modest Jewish community by the start of World War II, and later became a safe haven for thousands of Jews fleeing Europe in 1940 and 1941. At its height, the Jewish community of Kobe had thousands of residents, two synagogues, and was recognized by the Japanese government. The community became greatly diminished after the war and remains extremely small today.

Sugihara was reassigned to Königsberg, East Prussia before serving as a Consul General in Prague, Czechoslovakia, from March 1941 to late 1942 and in Bucharest, Romania, from 1942 to 1944. When Soviet troops entered Romania, they imprisoned Sugihara and his family in a POW camp for eighteen months. They were released in 1946 and returned to Japan through the Soviet Union via the same Trans-Siberian railroad traveled by the Jews he had rescued. In 1947, the Japanese foreign office asked him to resign, telling Sugihara he was dismissed because of “that incident” in Lithuania.

In 1985 Chiune Sugihara received the Yad Vashem Righteous Among the Nations award, at which point some Japanese newspapers reported that he saved 6,000 people and others 4,500. The Japan Times, dated January 19, 1985, headlined: “Japanese Man honored for saving 6,000 Jews,” and reported: “Sugihara defied orders from Tokyo and issued transit visas to nearly 6,000 Jews.” 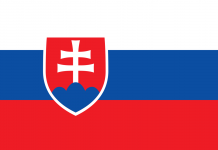 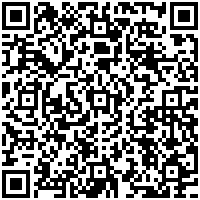