“After 50 years the State must make every effort to improve the quality of life the residents of the whole area – it is clear that in any agreement Jews and Arabs will continue to live here, and so all of us must take an interest to care for the prosperity and flourishing of Hebron and Kiryat Arba., President Reuven Rivlin told the assembled thousands at the Jewish community in Kiryat Arba Thursday night.

Rivlin spoke at the opening event for the jubilee celebrations of the Jewish community in Kiryat Arba and the reestablishment of the Jewish community in Hebron. Malachi Levinger, head of Kiryat Arba-Hebron regional council, also spoke, and a memorial torch was kindled by Zakaria Nahari, a veteran of the city who had fought in the Six Day War in the Jerusalem Brigade—which arrived in Hebron upon the city’s liberation.


“In those days, at this very time, 50 years ago I had the fortune to be among the liberators of the City of our Forefathers,” President Rivlin began. “I can think of no more appropriate expression of what my fellow soldiers and I felt at that moment than the words of King David in Hebron, ‘We were as dreamers.’ After two millennia we were once again in Hebron, and in Rachel’s Tomb, without fear, without the order that a Jew must stand on this or that spot. Thus we returned to Hebron.”

He continued, “Today it is important to remind everyone that the Jewish community of Hebron was founded hundreds of years before the establishment of the State of Israel, and it was cut off with a cruel hand. Yigal Alon founded Kiryat Arba, a man of the Labor movement. The first contributor to the Jewish community in Hebron was David ben Gurion. And at the time, among the defenders of the community in the media, was the Ha’aretz newspaper. Hebron is not an obstacle to peace, Hebron is a test of our abilities to live together, side by side. In the year 1912, the first Hadassah clinic in the Land of Israel operated here, in the place today known as ‘Beit Hadassah’. That clinic served all the people of the city: Jews and Arabs. Would we not be able to establish it once more? For the benefit of all those who live in Hebron? I know that in the reality of Hebron today this sounds naïve, even dreamlike. Especially after the terror attacks which you have endured, and still endure. But one can dream, and one can hope.”

The President stressed that “after 50 years the State must make every effort to improve the quality of life the residents of the whole area. I do not know if there will ever be a political agreement, and if there will be, what will be its nature. But it is clear that in any agreement Jews and Arabs will continue to live here, and so all of us must take an interest, to care for the prosperity and flourishing of Hebron and Kiryat Arba. Investments in infrastructure, in roads, in the development of industry in the region, in preventing road accidents and damage to nature and the environment would be right for all of us.”

The President went on to quote from Israel’s first Prime Minister David Ben Gurion, on the importance of the community in Hebron. “It is fitting that Hebron should be the sister of Jerusalem, and as such we bless her and all those who love her, ‘Our sister, may you increase to thousands upon thousands’,” he concluded. 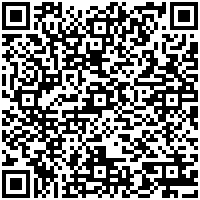