It takes a bit of a twisted imagination to follow the man’s mind. Such as it is, but here is what he said in a statement in the name of the “Elders,” a group of bored and boring world leaders who have decided they can promote peace in the world that they helped botch.

“The decision by the Palestinians to exercise their right to join international organizations should not be seen as a blow to the peace talks,” Carter said . “I hope that, on the contrary, it will help to redress the power imbalance between Israelis and Palestinians, as we approach the 29 April deadline set by Secretary Kerry.”

When Carter says “imbalance,” he means Abbas’ not having the upper hand. A “balance” of power means that Israel is under the bus.

In order to make that happen, Carter and the Elders ignored the fact the Abbas totally broke the rules of U.S. Secretary of State John Kerry’s Peace Talks Follies when he said he would turn to the United Nations.

What really happened, according to Carter, is that decision to ask to join 12 U.N. treaties and conventions was “consistent with the UN non-member observer state status obtained by Palestine in November 2012.”

Gro Harlem Brundtland, former Prime Minister of Norway and deputy chair of The Elders, added, “This move opens the way to more inclusive and accountable government in the West Bank and Gaza. It has the potential to strengthen respect for human rights and provide ordinary Palestinians with essential legal protections against discrimination or abuses by their own government.”

He thinks that the poor Arab on the street in Ramallah will benefit from the Palestinian Authority’s being a member of the organization for the rights of children, for example.  Does the distinguished former prime minister of Norway know that Iran and Saudi Arabia are member of Convention on the Rights of the Child?

Has the United Nations Convention against Corruption, which Abbas wants to join, helped the man on the street in Argentina, Angola, Egypt, Iran,, Libya, and Sudan, some of the most comport countries in the world who are members of the enlightened committee?

But none of this is important, because Carter said it is all going to help the peace process. 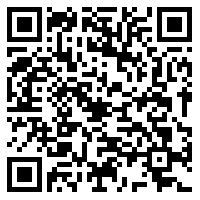