The person behind the recent frantic efforts of Israel’s police to extend its investigation in order to enhance the indictment against Foreign Minister Avigdor Liberman, has turned out to be none other than his deputy – Danny Ayalon. And as you may recall, Ayalon has been dumped by his boss from the top spots on the party’s Knesset candidate list. Rumor had it that Liberman only told Ayalon about his demotion in the car on the way to the press conference where said list was presented.

Hell hath no fury like a deputy foreign minister scorned, it turns out.


On Monday night, both the Channel 10 and Channel 2 news editions have reported that new testimonies were collected from members of the Appointments Committee at the Foreign Ministry—which approved the appointment of Zeev Ben Aryeh to the post of Israel’s ambassador to Belarus.

Ben Aryeh was convicted of passing to Liberman information about an investigation which was being conducted against the latter.

The new information appears to be making things a lot worse for the former FM.

Both news channels report that the most significant testimony against Liberman was provided by Ayalon, who was chairman of the Appointments Committee. Ayalon’s testimony appears to implicate Liberman in actively promoting Ben Aryeh’s appointment.

However, that’s not the only new testimony picked up by the police. According to the reports, more testimonies have been taken which support Ayalon’s accusation.

It was further reported that Liberman is expected to be summoned as early as next week to a police interrogation, and that he will be confronted with Ayalon’s testimony.

Channel 2 has also reported that Liberman is expected to argue that Ayalon’s testimony is infected by the latter’s need for revenge following his humiliation at the hands of his boss.

Liberman resigned his post last week, and this new twist might prevent him from campaigning or even being permitted to resume his Knesset membership.

Liberman’s successor at the helm of Israel Beiteinu will likely be the candidate at the number 2 spot, Yair Shamir, son of the departed Prime Minster from Likud, Yitzhak Shamir.

Ayalon will remain as the Deputy Foreign Minister until the elections. 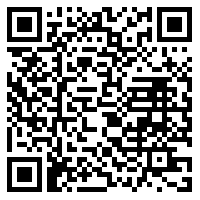