And on the Eighth Day, He Resigned.

Yossi Gestetner may have had the shortest tenure of any Republican operative. Just eight days after the Chasidic PR consultant was hired by the New York State Republican Party as Director for Jewish Outreach, Gestetner resigned last night prior to an airing of a contentious interview with The Jewish Channel’s Steven I. Weiss, and half-an-hour after the New York State Republican Chairman Ed Cox was asked about the interview and Gestetner’s beliefs by New York One.


During the lengthy and heated interview, Gestener was quizzed about some of his past work which included a media consulting work in 2011 for True Torah Jews Against Zionism, a tiny anti-Zionistic organization based out of Brooklyn. When asked about his own beliefs about Zionism, Gestener deflected the question.

“I’m an American, I live in the United States, and I hope to see that people who live in Israel, such as my immediate family, that they are safe and sound,” he told Weiss.

He then went on to say that he shook hands with members of AIPAC.

“Obviously you should have morals and values but you shouldn’t tie your own hands, nor force your opinions necessarily onto others,” he said.

His beliefs tend to be against the general Republic and Jewish stance on Israel.

Gestener also earned heat from his work as a spokesperson for members of the Ultra-Orthodox community. He defended New Square arsonist Shaul Spitzer and was a spokesperson for a rally to benefit Nechemya Weberman, who is currently on trial for molesting a twelve-year old girl for a period of four years. During the interview with Weiss, Gestetner said he believed accusations inside the Jewish community should be first brought to the attention of a rabbi.

“People came out tonight to support the American ideal of innocent till proven guilty,” Gestetner told the Guardian outside the weberman fundraiser. “Many people in the community are fed up that this whole case gets tried in the court of public opinion not the court of law. People feel under siege.”

On his blog, Gestener claimed that his resignation had nothing to do with The Jewish Channels’ interview and instead blamed it on State Senate Leader Dean Skelos who was supporting Simcha Felder in the election for the Super Jewish Senate District. Gestetner is supporting David Storobin.

“Some reports, based on a Jewish Channel that has less online views in a week than what I have on a slow day, suggest I resigned because I didn’t pledge loyally to the Israeli flag in a recent interview. This is nuts,” he wrote.

State Senator Skelos did not return calls in time for the publication of this article.

Gestetner went on to write that his beliefs about Israel and reporting sexual abuse to rabbis before the police are in line with the Satmar and Agudath Israel (the latter of which has been dealing with harsh criticism because of it.)

“Another issue which brought a distraction to the NYGOP is my ongoing work to defend the Orthodox Jewish Community and the Hasidic way of life against an endless amount of attacks, lies from forces inside and outside the Jewish Community,” he wrote.

In an unpublished interview with the Jewish Press after his hiring, Gestetner said he did not belong to any specific Chasidic sect but instead was a disciple of the Vien Rav in Williamsburg.

“I’ve never discussed politics with him,” he said.

He added that he thought the Jewish community was “across the map” when it came to Israel.

“The Jewish community has many stripes and many colors,” he said. “There are people in the Reform or Conservative movement who don’t like people who are Zionists because that suggests dual loyalty.”

What perhaps is to be taken from this is, aside from the need for better vetting before hiring for the New York State Republican party, is that while Gestetner’s positions on Israel may be shocking for the main body of Jews in New York, given the demographic trends noted by the UJA survey and the explosive Chasidic birthrate, his views may not be so shocking for long. 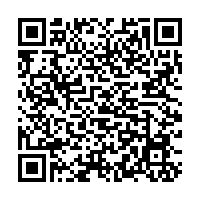