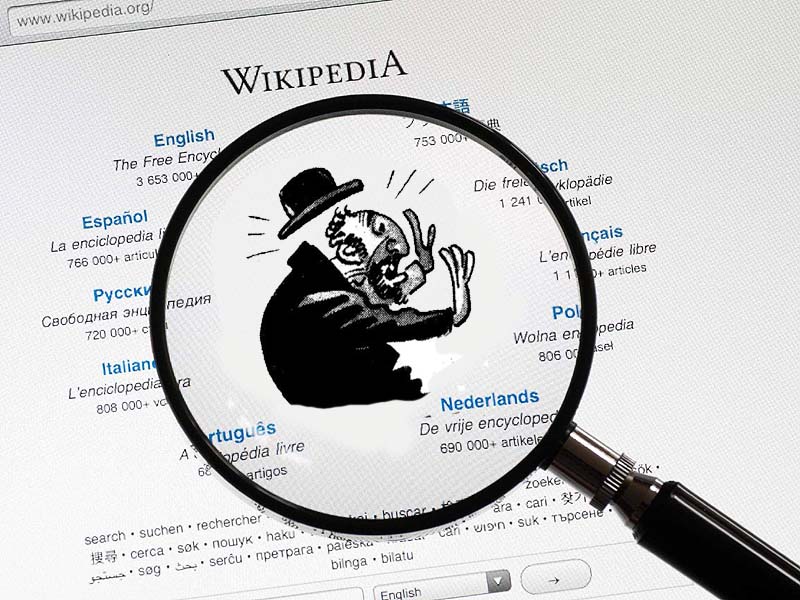 The Israel Group, a nonprofit whose mission is “to cripple the boycott (BDS) movement against at Israel,” is waging war against Wikipedia, or, rather, against Wikipedia editors with a clear bias against the Jewish State.

Founded by Jack Saltzberg, an old war-horse in the fight to defend Israel’s reputation (he also served in an IDF anti-terrorist unit), The Israel Group has warned that “a cabal of virulently anti-Israel anonymous editors is responsible for decimating virtually the entire pro-Israel editing community. Volunteer ‘administrators’ (with lifetime positions), responsible for overseeing the editing process of Wikipedia, have not only allowed anti-Israel editors freedom to take over Wikipedia, they have participated by blocking and banning predominantly Jewish and pro-Israel editors.”


Saltzberg said on his group’s website that they have been working for many years, “under the radar,” on “Wiki-Israel,” which will be launched in January 2020, and fight against “Wikipedia’s anti-Semitic bias against Israel.”

The initiative features a website that shows “how anti-Israel editors smear Israel—both subtly and overtly—across hundreds of articles, and how the pro-Israel community can stop it.”

As part of its initiative, The Israel Group outed the five worst anti-Israel Wikipedia editors, who have been “active for more than a decade totaling more than 325,000 Wikipedia edits, with the majority targeting Israel.” Here they are:

2. Nishidani is “undoubtedly the most prolific and proficient of the bunch,” according to TIG, which claims “he is an erudite, skilled blowhard who employs his expert Wikipedia editing proficiency to derail and obfuscate discussions, limiting most ability to add even miniscule factual content positive toward Israel.” Out of Nishidani’s more than 60,000 Wikipedia edits, not one is even slightly pro-Israel, NIG says.

3. Nableezy is the Hamas faction of Wikipedia. According to TIG, Nableezy is the most vile, dedicated, and ruthless anti-Israel editor, who is almost singularly responsible for getting nearly 60 Jewish and pro-Israel editors blocked or banned from editing Wikipedia, usually through subversive methods and working in collusion with Wikipedia’s administrators.

4. Huldra, believed to be a woman, keeps a low profile as she assists the cadre of anti-Israel editors, says TIG, however, she is slowly and dangerously undermining the factual history of Israel on Wikipedia. Huldra is responsible for enacting the 30/500 policy, limiting visitors from editing anywhere in the Arab-Israeli topic area unless they have gained 30 days and 500 edits on Wikipedia.

5. Mshabazz, a.k.a. Malik Shabazz, has written on Wikipedia that he is Jewish, but as a former administrator has joined the anti-Israel side in every major (and minor) discussion regarding the Arab-Israel conflict, TIG says. He was removed from his administrator’s position for using racist and anti-Semitic trope.

TIG promises that “when the Wiki-Israel initiative launches in January 2020, we will not only reveal the depth of the problem and its many challenging aspects, but we’ll also guide people who care about Israel on how they can become experienced editors capable of fighting back.”