On Wednesday, Ha’aretz and Ynet reported that Israel’s security apparatus had formulated a range of benefits for the Palestinian Authority which include providing additional weapons to the PA security services, and the release of Arab security prisoners, many of whom have been behind bars for decades. The reports named no official source for this information.

It was a shocking story, which smacked of the failed policies of so many past Israeli governments, including, until very recently, Benjamin Netanyahu’s 4th term at the helm. And so the story reverberated for an overnight throughout the Israeli media, until Netanyahu’s office came out with a denial of the story stating clearly that there would be no transferring of weapons to the PA and no prisoner release. As to issuing new construction permits to PA Arabs, those had been conditioned by Netanyahu in his meeting with Secretary of State Kerry on approval for new construction in the Jewish settlements block.


MK Bezalel Smotrich (Bayit Yehudi) on Thursday Morning exposed the anonymous IDF source that had fed Ha’aretz the false and embarrassing information which made both the Army and the Prime Minister appear like the sons of Pollyanna:

“So that officer who gave the briefing yesterday in Ynet about the IDF recommendations to the political leadership, to give the Arabs more weapons and to release terrorists is GOC Central Command Roni Numa.

Maj. Gen. Roni Numa was the first major appointment made by incoming Chief of Staff Gadi Eisenkot. Defense Minister Moshe Ya’alon wanted Commander of the Northern Division Maj. Gen. Noam Tibon for the position, which had been approved by outgoing Chief of Staff Lt. Gen. Benny Gantz. But Eisenkot and Tibon don’t get along, so the latter retired, after 30 years of service.

Since his appointment, mostly because his area of command has been the most incendiary since the end of the Gaza War of 2014, Maj. Gen. Numa has been the darling of the left-leaning media in Israel, and has been known to offer  information from a “senior IDF source who spoke on condition of anonymity.”

Though it sometimes appears the “information” turns out to be stuff Numa would like to see happening, rather than actual reality.

His earlier, memorable fiasco took place in early August, when he was the unnamed IDF source who reassured the media the army knew beyond a shadow of a doubt that it was “Jewish terrorists” who allegedly burned down a home in Duma village near Hebron and killed an Arab baby and both his parents.

According to Hakol Hayehudi, Numa let out that particular goose—and there have still been no arrests in the case, other than the administrative detention of some right-wing bloggers—at a cocktail party celebrating the new Jewish year. Furthermore, he told it to reporters while there was an official gag order on the investigation.

Shortly after that toast, the first victim of the new intifada was murdered, and since then Numa and his command staff have been responsible for the slowest reaction in military history to a wave of attacks on civilians by Arabs with Sudden Jihad Syndrome. A wave of terror that probably could have been quashed in a couple of days by imposing a cooling down curfew on Arab towns and villages, was allowed instead to spiral into a popular movement of crazed youths.

Numa’s first actual “contribution” to the 3-month, bloody fiasco,was to change the rules of engagement—right around the time he was raising that toast for the new year and arresting imaginary Jewish terrorists. He was directly responsible for forcing IDF soldiers into those despicable scenes where they were attacked by well organized, violent mobs of civilians, and were too afraid of facing a martial court to defend themselves.

In September, after those rules proved to be a dangerous failure, Netanyahu ordered the security cabinet to re-examine Numa’s decision, which they did, and the rules of engagement were revised.

Numa has a stellar history in the IDF and in the IDF’s Special Forces, however, the left-wing spirit that permeates much of the senior staff’s thinking has apparently infected him as well, or he’s channeling Defense Minister Moshe Ya’alon.

On Rotter.net it is being reported that Brigade and Division commanders in Judea and Samaria as well as in the relevant Intelligence units, all who serve under Numa, are opposed to Numa’s recommendations, and that Numa’s recommendations primarily represent those of the Civil Administration–according to an unnamed senior IDF source.

Only A Strong NATO Prevents WWIII 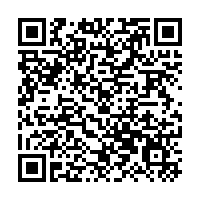