Saudi Arabia, Bahrain, UAE and Egypt on Monday severed their diplomatic ties with Qatar—home of the Al Jazeera media network—over its involvement in terrorism which affects the national security of its neighbors.

The Saudis are accusing Qatar of supporting the Muslim Brotherhood and the Iranian regime, spreading their extremist ideology through its state-owned Al Jazeera.


The Saudi state news agency SPA stated that Qatar “embraces multiple terrorist and sectarian groups aimed at disturbing stability in the region, including the Muslim Brotherhood, ISIS and al-Qaeda, and promotes the message and schemes of these groups through their media constantly.”

SPA also accused Qatar of supporting “Iranian-backed militants” in Qatif, its largely Shi’ite region, as well as in Bahrain.

The three Gulf states gave Qatari citizens two weeks to pack up their belongings and leave.

According to Al Jazeera, the dispute between Qatar and its neighbors began in late May, after Qatar’s emir, Sheikh Tamim bin Hamad Al Thani, expressed support for Iran, Hamas, Hezbollah and Israel, and suggested President Donald Trump is not going to stay in power for long.

Al Jazeera and the Qatar government immediately refuted this news item, claiming that “the Qatar News Agency (QNA) website has been hacked by an unknown entity. A false statement attributed to His Highness has been published.”

But Qatar’s neighbors, who had been enduring years of hostile coverage from Al Jazeera, were in no mood to listen and Qatar’s explanations, encouraging their own media to gang up on the emir.

According to NBC News, Qatar and Iran are partners in exploiting the world’s largest gas field, South pars, which is a source of great irritation to the Saudis and the Gulf States who fear Iran’s terror tentacles throughout the region. 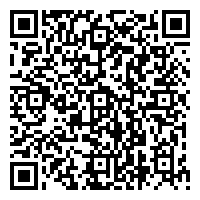