A bombing late Friday afternoon outside the Israeli Embassy in New Delhi, India, appears to have been carried out by an obscure terrorist group with possible links to Iran. No injuries were reported, and the windshields of three vehicles were shattered but no other property damage was reported.


Both Israel and India are treating the attack as a terrorist incident. Israel’s international Mossad intelligence agency has joined India’s security agency in its investigation into the attack.

Obscure Terror Group, New Iranian Proxy?
An obscure terror group called “Jaish-ul-Hind” — possibly linked to Iran — has taken responsibility for the blast, although it is not yet clear whether the group is really behind the attack.

The real question is whether the group represents a new Iranian proxy in India.

The Cyber Cell of Delhi Police Crime Branch is investigating the Telegram social media chat account which sent a viral screenshot claiming “Jaish-ul-Hind” has taken responsibility for the bombing, according to sources quoted by the ANI news agency Saturday night.

Indian security forces issued a request Saturday from the nation’s Bureau of Immigration for information on any recent arrivals of Iranian nationals, according to local media.

A number of Iranian citizens were interrogated on suspicion of being involved with in the attack, according to a report by the India Today TV Network quoted by Israel’s Hebrew-language Walla! News.

Immigration and airport officials are on alert to watch for international passengers scheduled to fly out in the next 48-72 hours, and nearby hotels are being checked.

Sending a Message
Indian security officials told The Indian Express that it was clear the terrorists intended to “send a message” rather than to cause real destruction with the bomb, which was small.

“Given the importance of the day (29 years of India-Israel relations) it appears the idea was more to send a message than to cause any real damage. However, it is a properly made IED. It appears to be the handiwork of some self-styled terror group or a lone wolf,” a senior security establishment officer said. Indian security sources added that the bomb was made with “locally available” low intensity explosives.

Intelligence agencies had issues an alert on January 23 about “a possible terrorist attack on Jews and Israelis,” the report continued.

Two Suspects, a Pink Scarf & Shrapnel
CCTV footage of the blast site reviewed by the Delhi Police Special Cell revealed that a taxicab dropped off two individuals who walked towards the spot where the IED exploded at around 5:05 pm Friday, mint reported.

The cab driver was contacted by Delhi Police and sketches of the two bombers are being prepared, according to the report, although it is not yet clear “whether they have any role in the low-intensity blast.”

The bomb shattered the windshields of three vehicles and appeared to be “planted . . . on the road divider” of the Delhi road near the Israeli Embassy, according to the Indian Express news site.

Security personnel found a one and a half page letter in an envelope address “to Israel Embassy ambassador” at the site of the explosion, according to the report. Sources said the letter described the blast as just a “trailer” and referred to two “Iranian martyrs”, Soleimani, killed in an American drone airstrike ordered by then-US President Donald Trump, and Fakhrizadeh,s allegedly assassinated in a direct attack by Israel.

“Forensic experts have found broken pieces of a cold drink can and ball bearings from the spot. Prime facie it appears that explosives and ball bearings were stuffed in the can. It was planted in such a manner that the impact was felt towards the road. The ball bearings hit the cars. Police have not found any device or battery at the spot,” said a source quoted by Indian Express.

Police said they also recovered a half-burnt pink scarf and a polythene bag from the site, according to mint and other sources.

The National Security Guard (NSG) forensic team also collected evidence of “the usage of ammonium nitrate for the blast which caused a small trench at the site,” sources told ANI. The sources added that if RDX, (a white solid organic compound base for common military explosives) was used, the impact would have been higher. RDX is a more energetic explosive than TNT.

All the recovered evidence has been sent to a forensic lab for evaluation.

A Hidden Camera for Reconnaissance
It appears the terrorists chose the time of their attack, and their target, carefully.

A hidden camera was found by investigators late Friday behind a tree near the scene of the blast, according to ANI.

The footage retrieved from the camera, which bore the timestamp of the year 1970, was reportedly not clear. It has been sent for further analysis to the Cyber Prevention, Awareness and Detection Center of the Delhi Police Cybercrime Unit.

Sources in Delhi Police told ANI ‘the miscreants who placed the IED checked the entire area, before placing it near the Embassy. The explosion took place not far from Vijay Chowk, where several VVIPs, including President Ram Nath Kovind, Prime Minister Narendra Modi was in attendance during the military ‘Beating Retreat’ ceremony.’

Blast Marks Israel-India Anniversary
The blast occurred on the 29th anniversary of the establishment of diplomatic relations between Israel and India.

Jaishankar said in a statement posted on Twitter, “Assured him of the fullest protection for the Embassy and Israeli diplomats. Matter is under investigation and no effort will be spared to find the culprits.”

Spoke just now to Israeli FM @Gabi_Ashkenazi about the explosion outside the Israeli Embassy. We take this very seriously. Assured him of the fullest protection for the Embassy and Israeli diplomats. Matter is under investigation and no effort will be spared to find the culprits.

On February 13, 2012, an Iranian agent attacked the wife of an Israeli diplomat in India after she had just dropped her two children off at daycare.

Tal Yehoshua-Koren was targeted on Aurangzeb Road by a bomber on a motorcycle, who attached a device to the diplomatic car in which she was traveling and then fled. The bomber then caught a flight out of the country that same night.

A probe by Indian security and by Israel found the Iranian Islamic Revolutionary Guards Corps (IRGC) were involved in the attack. A Delhi-based journalist was also found to be involved in the conspiracy. 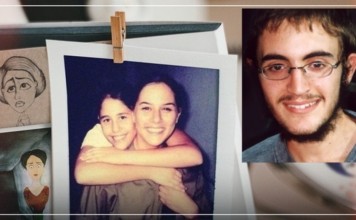