The IDF thwarted an attempt to smuggle a massive shipment of drugs from Lebanon into Israel on Sunday.

The IDF identified suspicious individuals on the border near the village of Ghajer (Rajar ע’ג’ר) and dispatched forces to the area. They found the shipment of drugs and several cell phones.


The police launched an investigation into the incident.

One report said that the drugs was a type of Hashish and weighed some 40 kilos.

The citizens of Ghajar are predominantly Alawites. In 1967, the residents petitioned to be considered part of Israel’s Golan Heights, and not Lebanon.

Half the town is physically on the Israeli side of the Blue Line that officially divides Lebanon and Israel, and the other half is considered to be in Lebanon, but most residents on both sides hold Israeli citizenship. 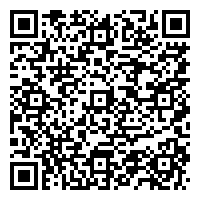