Russia’s Novatek gas exploration firm has decided to give up its part in a consortium to drill for natural gas near the disputed maritime border between Lebanon and Israel.

The company, citing “economic and financial” reasons as well as “political risks,” said its withdrawal from the consortium takes effect on October 22.


The consortium, which includes the French giant Total and the Italian ENI energy firm, won the first-ever licenses in 2018 for an initial round of offshore hydrocarbon exploration and exploitation, according to L’Orient Today.

The licenses cover Blocks 4 and 9 in the offshore Lebanese exclusive economic zone (EEZ).

Thus far, drilling has only been carried out in Block 4, with no significant resources discovered.

Block 9 is the focus of the current dispute between Lebanon and Israel over their mutual maritime boundary, thus delaying any exploration in that area.

Despite threats from Lebanon’s Iranian proxy terrorist group, Hezbollah, Energean’s drilling rig, which operates based on an agreement and franchise with Israel, was positioned on June 5, about 90 kilometers (56 miles) off the coast, with the intent of starting to extract gas from the Karish gas field.

Natural gas extraction is expected to commence at Karish at the beginning of next month.

Because there must be at least three companies in a consortium for the signed exploration deal, the departure of Novatek could create legal problems for the remaining two members.

It is not yet clear whether Total and ENI will seek another, third partner for the consortium, or whether the Lebanese government will repeat the bidding process for the tender. 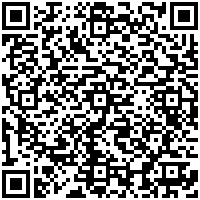