A few hours after the release of stunning details about the Israeli attack on the nuclear reactor in Syria in 2007, the battles of contradictory versions and credit grabbing are underway big time in the Land of the Jews. A case in point: on Wednesday morning, at the Dagan Conference on Security and Strategy at Netanya Academic College, former head of Mossad Tamir Pardo, who served as then Mossad chief Meir Dagan’s deputy, claimed that only thanks to the intelligence collected by the Mossad did Israel ever find out about the existence of the reactor.

“I’m not sure it was essential to come out with revelations about the operation now,” Pardo said, suggesting that the fact that the reactor was destroyed at such a late stage of its construction was a resounding failure. “We were lucky that a handful of fighters managed to retrieve this information.”


“The problem with successful operations is that the Israeli dialectic is trying to grab the credit for the success, and then an unusually ugly war of egos begins, whereby everyone tries to minimize the role of the others,” Pardo said, and promptly proceeded to minimize the role of everyone else in the security apparatus in the attack on the Syrian nuclear plant.

“A team of Mossad fighters managed to retrieve intelligence, and thanks to this information, and only thanks to it, did the State of Israel acquire the knowledge that there was a nuclear reactor in Syria.”

“We were even luckier that this handful of fighters were not aware, even after returning home, of what they were bringing home.” 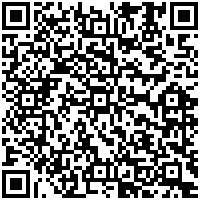