The IDF Good Neighbor unit delivered humanitarian aid overnight Friday to fleeing Syrians in the tent camps in the southern and central Syrian Golan Heights. About 300 tents, 13 tons of food, 15 tons of baby food, three pallets of medical equipment and medicine, and 30 tons of clothing and footwear were transferred in an operation that lasted four hours.

In recent days, there has been a doubling of the number of Syrians staying in DP tent camps on the Syrian-Israeli border following the recent campaign by the regime army with support from the Russian contingency inside Syria against the rebel forces on the Golan Heights.

These camps are located near the Syria-Israel border, where several thousand Syrians have been living in poor conditions without access to water, electricity, food or basic necessities. The Syrian Observatory for Human Rights reported that since the start of the Assad army and Putin air force offensive in Daraa more than a week ago, more than 120,000 people have fled their homes.

Russian warplanes reportedly bombed five hospitals to the ground in rebel held areas around Daraa. The Observatory for Human Rights reported that overnight Friday Russian warplanes carried out intensive raids on the towns east and west of Daraa, along with helicopters dropping explosive barrels on civilian neighborhoods in Daraa city. This bombardment, many hours after a ceasefire had begun, coincided with ground-to-ground rockets of the Syrian army fired at the towns east of Daraa countryside, together with heavy shelling by the regime armored corps.

The IDF said it was monitoring developments in southern Syria and preparing for a variety of scenarios, including the continued provision of humanitarian aid to the fleeing Syrians. However, the IDF stressed that it has no plan to permit the passage of displaced Syrians into Israeli territory.

Hundreds of new tents were seen in the DP camps, and there is heavy traffic of trucks carrying people from the ​​fighting in Daraa. 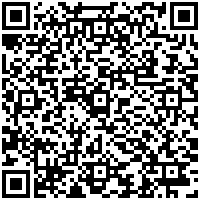