Israeli warplanes and ground-to-ground missiles hit a Syrian base three times, starting at 2:40 AM Tuesday, according to a statement issued by the Syrian army.

Syrian rebel news outlets reported the target of the attacks was a military base with warehouses of long-range missiles.

According to the statement, the Israeli jets operated from Lebanon’s airspace, and fired missiles at the al-Qutaifa area near Damascus. The statement also claimed that one of the planes was hit by Syria’s air defenses system.

After the initial air attack, at 3:40 AM, Israel launched ground-to-ground missiles from the Golan Heights, the statement continued, noting that the Syrian defense system shot those missiles down.

At which point, the Syrian army’s statement concluded, at 4:15 AM, Israeli jets fired four more missiles, this time from inside Israeli airspace, one of which was shot down by the, by now, overworked Syrian air defense system, and the other three sneaked through and caused damage.

As usual, the Syrian army warned there would be serious repercussions for those attacks, which, it claims, are Israel’s way of supporting Syrian rebel groups.

The IDF spokesperson’s office would not comment on the Syrian army statement. 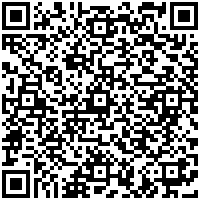