Prime Minster Netanyahu on Thursday night responded to UK Prime Minister David Cameron who said the day before that the situation in eastern Jerusalem was “shocking.” Netanyahu said, “My friend David Cameron, who is undoubtedly a friend of Israel, has apparently forgotten a few basic facts about Jerusalem: only Israeli sovereignty has prevented ISIS from burning down the holy sites.”

Netanyahu was a guest of the Likud party in the town of Ofakim, about 14 miles west of Be’er Sheva, which has been targeted frequently by Hamas rockets from nearby Gaza over the past 10 years.

Speaking to the Likud members in Ofakim, Netanyahu stressed that the most important means of fighting the wave of terror is demolishing the homes of terrorists. “We are demolishing homes and seeing that it’s been quite effective.”

Netanyahu explained that in the past the process of bringing a decision to demolish a terrorist’s home to its conclusion on the ground was taking too long, and so for the past three weeks, every Sunday following the cabinet meeting, “I get all the components together before me — the Justice Ministry, the IDF, and Shabak, and I ask for a report on what has happened [in home demolishing]. These days we enter villages and neighborhoods which we never did in the past, [and in other fronts] we are active, we surround and limit traffic, we revoke work permits.”

The one thing Netanyahu said he regrets so far is being unable to expel the families of terrorists. “We can’t do it because the courts define it as a war crime, this is how it’s defined in the Geneva Conventions, etc. I believe the intent there was to [prohibit] mass transfers of entire populations, I’m sure that was not the intent of those who wrote the conventions, but that’s how they’re being interpreted around the world and, unfortunately, here as well. This I have failed to accomplish.”

Referring to the relative quiet of the past year and a half on the Gaza border, Netanyahu attributed it to his policy of not allowing even a single rocket to fall in Israeli territory without a response from the IAF. 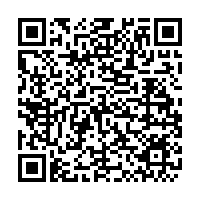