The World Forum of Russian-Speaking Jews (WFRJ) unveiled on Sunday a model of the new memorial site to be built at Babi Yar in Ukraine, where an estimated 50,000 Jews were murdered by the Nazis during the Holocaust

WFRJ Alexander Levin, who also heads the Jewish community in Kiev, told the Governing Board of the Jewish Agency in Kiev that the new memorial site will allow visitors from around the world to experience an emotional connection to the horrific slaughter that occurred at Babi Yar over 70 years ago.


He also sternly warned of the current anti-Semitism plaguing the region and called on European leaders to act more firmly to eradicate all manifestations of anti-Semitism in their country. The site will display historic material, including remains of clothes and belongings of the murdered, documents from the Nazi archives, a 3D film, and interviews with survivors. The site will include a Jewish center and synagogue that will symbolize the revival of Jewish life in the place where Nazis once planned to exterminate every remnant of Judaism.

Construction of the site will begin in the next few months and is expected to take around two-and-a-half years to complete. Funding will come mostly from Levin and Vadim Rabinovich, a Jewish philanthropist from Ukraine, and the United Israel Appeal is also expected to raise money.

Babi Yar is a ravine in the northwest sector of the Ukrainian capital Kiev and the location where Nazis murdered around 100,000 people in total, more than half of them Jews, from September 29, 1941 onward. Nearly 34,000 Jews were slaughtered between the two-day span of September 29-30, which is defined as the most gruesome Holocaust extermination carried out in such a short period of time. Over the next year, 15,000 additional Jews were murdered there. 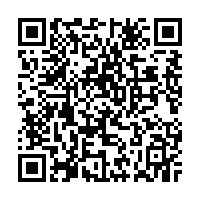