The police will recommend an indictment be filed against Labor and Social Affairs Minister Haim Katz (Likud), according to a Channel 2 News report Saturday night. The recommendation to indict Katz concludes the investigation of a major corruption scandal at Israel Aerospace Industries (IAI).

According to the report, the investigation indicates that there is an evidentiary basis against Katz, who served as Secretary of the National Organization of IAI Employees from 1993 to 2015.

Katz meantime told his confidants: “I am certain that my complete innocence will come to light eventually.”

Minister Katz was investigated in two cases: the first one deals with his role in forcing IAI employees to join the Likud party and to vote for him in the party’s primaries while he was serving as head of the union. Police say they have testimonies describing threats made by Katz against employees – from dismissal to threats of salary cuts.

The second case, in which police also discovered hard evidence against Katz, according to the report, deals with his exploitation of IAI employees and resources to his personal benefit, including allegedly sending employees to renovate his son’s home.

The police will also recommend that Minister Katz’s son, Yair, be prosecuted for his role in enlisting IAI employees in the Likud.

The Katz investigations are part of a larger Lahav 433 special crimes investigation of deep corruption of IAI employees, mainly senior members of the workers’ committee.

The recommendation for an indictment includes various corruption offenses related to tailoring tenders, providing services to suppliers and external companies in exchange for bribes, and money laundering. 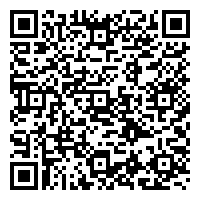