A Sunday night News 13 poll conducted by Prof. Camil Fuchs found that the Likud party drops one mandate compared to the previous poll by the same outfit, and stands at 31 mandates. Benny Gantz’s National Camp gains a mandate, moving up to 12, which is still very far from what Defense Minister Benny Gantz needs to dominate the left-wing bloc. Prime Minister Yair Lapid’s Yesh Atid party is dominating, with 25 mandates, the same as in Fuchs’s previous poll.

Religious Zionism continues to soar and breaks once more the historic NRP ceiling of 12 mandates – it gets 14. Should it actually receive 14 or 15, it could be a force Netanyahu would have to reckon with. No more treating the national religious folks like a dishrag, the way Bibi used to treat Naftali Bennett and Ayelet Shaked.


Speaking of which, Habayit Hayehudi led by Ayelet Shaked is still stuck at 2%, well under the 3.25 vote threshold.

Let’s do the math:

It’s a stalemate, of course, but the president will be obligated to call on Netanyahu first to try and establish a coalition government since his party is the biggest. Netanyahu can then establish a 60-seat government that can’t be voted down by the other side but would also have a hard time ruling. Very much like the Lapid-Bennett government, but with one huge difference: there won’t be deserters in Netanyahu’s coalition.

It remains to be seen whether Netanyahu wants to be stuck in a vice with right-wing true believers such as Smotrich and Ben Gvir. One thing is certain – Bibi will follow his deep polling. If it looks like going all-right-wing would make him stronger in the following election, he’ll go there. If not, he’ll ditch Religious Zionism and try a shidduch with Gantz and labor. In any event, once again, it’s all up to Bibi. 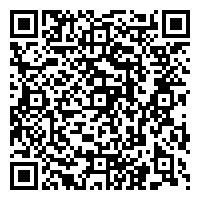