Ganz said at the opening of the meeting that “a huge responsibility rests on all of our shoulders. As a government, we are committed to being attentive to the people. As a government, we have a responsibility to allow the demonstrations to take place and to protect the demonstrators who, unfortunately, were attacked in several places yesterday as well.”

“The right to protest is the lifeblood of democracy and violence chips at the cornerstone of democracy. I discussed this issue last week with Minister [of Public Security Amir] Ohana. I reiterate my call for everyone to refrain from violence, and for the Israeli police to act with the minimum of force required and to maintain the law and the peace of the demonstrators,” Gantz declared.

Netanyahu followed Gantz’s remarks, saying that he had not planned to address the demonstrations, but he wished to respond, at which point the PM burst into a long monologue against the demonstrations that are targeting him.

Netanyahu said, “I condemn every kind of violence. It has no place, on any side, and we have zero tolerance for any manifestation of violence or any threat of violence, against me, against any person. But here in the name of democracy I see an attempt to trample on democracy. In these demonstrations there is a distortion of all the rules.”

“First of all, no one restricts the demonstrations. On the contrary, they accommodate them. They are corona incubators, rules are not being enforced, no one restricts it and no one has tried to restrict it,” he said.

“May I remind you of what Supreme Court President Aharon Barak said regarding protesters against the disengagement plan [at Gush Katif] when he spoke out strongly against roadblocks: ‘Freedom of expression is not a permit for rioting. Freedom of expression does not protect the freedom to paralyze law enforcement mechanisms and bring about their collapse. The freedom of demonstration does not protect the freedom to stop the state and endanger the security of the individual and the whole.”

“That was when the protesters came out against the disengagement plan. Protesters from the right,” Netanyahu continued. “But here, when it comes to leftwing protesters – everything disappears. It’s just gone.”

The Prime Minister sharply attacked the media, saying, “I condemn the one-sidedness of most of the media. They do not report about the demonstrations, they participate in them. They refuel them. It’s not just enlisted media, it’s recruiting media. They refuel demonstrations, violent demonstrations that no one says anything about. I have not heard a single condemnation in the media for the severe violence that was directed at a policeman at the leftwing demonstrations in Jerusalem. He said he was lynched by the protesters. He needed surgery. Not only did the media not condemn this, they say the cop is guilty! And if the policeman is not guilty, then maybe I am guilty – because I supposedly am sending the policemen – which never, ever happened.”

“When fans of two football teams get into a brawl in Tel Aviv, the media accuse them of being rightwing activists who used violence against leftwing protesters. Again, here too, your trult is to blame – because I supposedly sent these fans,” the PM said. “When protesters arrive with torches and threaten to throw Molotov cocktails at the prime minister’s residence – yours truly is also guilty. They say: ‘If he weren’t living in Balfour we won’t have had to demonstrate.”

“And when there’s wild, unbridled incitement, including daily calls to assassinate the prime minister and his family – the media ignore and whitewash it, and the politicians remain silent,” Netanyahu complained bitterly. “I appreciated the fact that the president spoke on this matter yesterday, and I want to imagine what would have happened if the assassination of the president and his family had been called for every day. What a cry would have arisen and what an awakening would have taken place. How many programs, how many presenters and commentators would have spoken up.”

“Never before has there been such a distorted mobilization,” the PM pushed on. “I wanted to say Soviet, but it’s already on North Korean levels, where the media are in favor of the demonstrations. How did [radio host and pundit] Kalman Liebskind write last weekend? ‘I have a hard time recalling a similar case, where so few protesters received such a wide-ranging embrace and press coverage. Top headlines on an almost daily basis. Close surveillance. Endless broadcasts, from the very first moment. The news sites and TV editions have become the bulletin board of the protest.”

“Reporters and commentators have volunteered to function as the protesters’ public relations people. Their enthusiasm cannot be missed. One cannot miss their solidarity for everyone they interview. One moment they are in the role of reporters role, the next they are the protesters. If you don’t follow them closely, you won’t notice which of their hats they are wearing at any given moment,” Netanyahu said.

“Ladies and Gentlemen, this is not a delusional journalist,” Netanyahu said about Liebskind, who hosts TV and radio shows and has a regular print column. “This is not a marginal journalist, this is a centrist and a respected journalist who reveals the truth that you are all aware of. It is not too late to recover. The media have a responsibility, elected officials have a responsibility, I expect everyone to condemn the violence and incitement on all sides. The writing on the wall is on Facebook, the writing on the wall is at the demonstrations. No one will be able to say: I did not know,” the prime minister concluded.

Opposition leader Yair Lapid responded to Netanyahu’s remarks, saying, “Bibi, no one is going to meet them halfway and no one is asking you either. Demonstrations are a fundamental right of citizens in a democracy. You have failed to manage the crisis. You have failed to address unemployment and the self-employed because you have been preoccupied with your tax benefits and your criminal records. You became disconnected from the public and lost their faith.”

“Your only way to make these demonstrations stop is for you to resign,” Lapid declared. 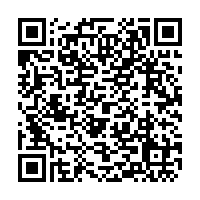