Just a few weeks ago, Prime Minister Benjamin Netanyahu said with sparkly eyes and filled with positive energy that this Passover, Israelis would be able to share their seder table with family all around them. So far, that may still be true — if one is referring to one’s family locally in Israel.

If, however, you happen to be an immigrant to Israel and your family abroad usually flies in to join you at the table each year, sadly, this will be second year that you are out of luck, and the airport will still be pretty empty — even though some 3,000 Israelis per day are now being allowed to fly back home for the holiday and more to the point, for the election.


Foreign nationals, however, are not going to be welcome into Ben Gurion International Airport for at least another few weeks — actually, until the Israeli national elections have ended, after which the country’s leadership will take a deep breath, pick up the pieces and begin the process of coalition building.

Somewhere in between the deal making and the back biting, a special “exemptions” committee led by the Population and Immigration Authority will find time to consider applications for entry from certain groups, such as foreign workers, parents and partners of Israeli citizens and “permanent residents” and special humanitarian cases, according to a government communique.

According to the release, non-citizens will be allowed only with special advance approval. Here’s the Who’s Who of those who can make the list, after March 23:

Note: Students and volunteers will not be allowed to enter the state until March 27. 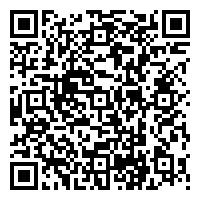