The website of the Russian embassy in Israel has resumed operation after a hacker attack, TASS reported. Earlier on Sunday, the embassy’s website was not accessible after the hack attack, which embassy workers suspect came from Turkey. Users were redirected to a page containing texts and symbols in Turkish.

“The website is not working. The causes are being looked into. Efforts are being taken jointly with the Israeli provider to resume the website’s operation,” the Russian embassy’s spokesman told TASS.

According to Israeli media, a group of Turkish hackers, known as Bortecine Siber Tim, has claimed responsibility for the attack. In early January, this group broke into a social network page of Russian Minister of Communication Nikolai Nikiforov. Back in March 2012, the site of the Russian diplomatic mission was attacked by TheHackersArmy. The site was broken one other time, in April, 2010.

The recovered website appears to be alive and well and not very interesting. 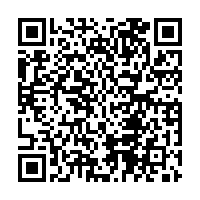