Lawyers for the Sands and federal prosecutors met on Thursday after the Sands failed to obtain a dismissal.  Prosecutors threatened to charge the Sands and a company executive with conspiracy to commit money laundering.


Now, the prosecution may indeed drop the case, with the Sands paying a fine and updating regulations on handling customer money.

Sands representatives stated that the casino was cooperating with federal investigations and denied any wrongdoing.

Las Vegas Sands was investigated when it allegedly failed to report a potentially suspicious financial transaction by two wealthy gamblers to the federal government.  The two apparently worked millions of dollars in “dirty” money through the accounts of the casino operator.  The cases hinge on whether it was possible for executives of the Sands to know that the money could have come from illegal activities, and whether they should have had reasonable enough suspicion to alert law enforcement.

One, Zhenli Ye Gon, a Chinese citizen with a Mexican pharmaceutical factory, was charged in 2007 with manufacturing a component of methamphetamine, during which time evidence showed he had spent over $100 million at Las Vegas casinos.  Charges against him were later dropped by federal prosecutors.  But the case raised concerns over whether the Sands failed to report deposits made by a suspicious person.

For their part, the Sands said it performed due diligence measures to ensure the cleanliness of the money, even hiring a private investigator to determine whether Ye Gon was legitimate.

The second case, of former Fry’s Electronics executive and admitted 2009 kickback schemer Ausaf Umar Siddiqui, who made major transactions at the Sands despite an apparent history of being unable to pay gambling debts.

The Sands is also being investigated regarding alleged bribes paid overseas.  The company has maintained its innocence.

Adelson, owner of the Sands, is also the owner of the Israel HaYom newspaper, has contributed over $100 million to the Birthright Israel project to connect Jewish youth to their roots through his family foundation, and is married to an Israeli physician, Miriam Ochsorn. 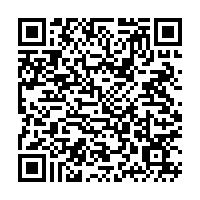