In a resolution passed Thursday night, at the tail end of its conference this week, the ANC proclaimed it was “unapologetic in its view that the Palestinians are the victims and the oppressed in the conflict with Israel.” The conference called on “all South Africans to support the programs and campaigns of the Palestinian civil society which seek to put pressure on Israel to engage with the Palestinian people to reach a just solution.”


In a second resolution on protests in Israel focused on illegal African immigrants, the ANC said it “abhors the recent Israeli state-sponsored xenophobic attacks and deportation of Africans and requests that this matter should be escalated to the African Union.”

The ANC said it would set up a steering committee to implement the resolutions.

This marks the first time a boycott Israel resolution has been brought up at an ANC conference. Mbuyiseni Ndlozi of BDS South Africa, which pushed hard for the resolution, hailed the vote as a major victory.

“This reaffirmation by the ANC’s National Conference, its highest decision-making body, is by far the most authoritative endorsement of the boycott, divestment and sanctions against Israel campaign,” he said. “The ANC has now taken its international conference resolutions and officially made it the policy of the ANC. We look forward to working with the ANC and specifically the conference steering committee to expedite its implementation.”

The conference ignored a call for evenhandedness on the Israeli-Palestinian conflict by several prominent religious leaders in a front-page open letter in the country’s largest newspaper, the Sunday Times. The umbrella body of the country’s Jewish community, the South African Jewish Board of Deputies, issued a similar call and requested that a letter on the matter be read at the conference; the request was ignored.

The pro-BDS vote “was not unexpected,” Mary Kluk, national chairwoman of the Board of Deputies, told JTA. She said she had not yet seen the official text of the resolutions. “We will be engaging with the president early next year and will discuss it then.”

She said a meeting with President Jacob Zuma had been confirmed. “It would be premature to comment further,” she said.

South African officials have been adopting an increasingly harsh line toward Israel in recent months. A deputy minister of international relations, Ebrahim Ebrahim, has called on South Africans not to visit Israel, and South African Minister of Trade and Industry Rob Davies promoted a ban on goods from Jewish Judea and Samaria. Deputy President and current ANC Chairwoman Baleka Mbete also expressed support for the BDS campaign against Israel at a recent international conference in South Africa. 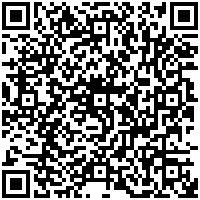