Despite the super-sensitive Red Alert warning system that triggers every time a rocket, missile or mortar shell is launched towards Israel from Gaza (and sometimes even when it’s only anti-aircraft fire) there is nothing so far that can warn Israelis when an explosive-laden balloon bomb is flying across the border. That system has yet to be created.

And the attacks have continued all through this Shabbat.

One official in the Shaar HaNegev Regional Council district says he has had enough. Eight projectiles – rockets, mortar shells and explosive – were fired at southern Israel within the past 24 hours.

Mayor Ofir Libstein told Ynet this weekend, “While everyone is talking about the annexation of the West Bank I suggest the government first extend its authority over our communities. I demand they take responsibility for our security.”

On Friday, the Red Alert incoming rocket siren forced families in Jewish communities along the Gaza border to drag their sleeping children to safety for the second time in three hours at about 10:40 pm on Friday night.

Earlier in the evening, while families were enjoying their quiet Sabbath dinner, nearly a dozen communities were forced to race for cover when the Red Alert siren warned them of a rocket attack at around 8:20 pm.

The IDF’s Iron Dome fighters intercepted that one, shooting down the projectile over the city of Sderot. Several homes were damaged by shrapnel as a result.

The city was already on edge from a “bouquet” of balloons carrying a bomb that had been flown in from Gaza just a short time earlier.

Rockets, mortars, and explosives were fired from #Gaza into #Israel today. In response, our fighter jets just struck Hamas terror targets in Gaza.

We hold Hamas responsible and will continue operating against any attempt to harm Israeli civilians.

Hours earlier, Gaza terrorists had fired three mortar shells at southern Israel on Friday afternoon, aiming at the Eshkol district. IDF Iron Dome fighters intercepted one of them; the other two exploded in open areas without causing physical injuries. No property damage was reported.

The IDF carried out multiple strikes on “terror targets” in Gaza belonging to the Hamas terrorist organization in response to the attacks, a military spokesperson said. Among the targets was an underground weapons production site.

“We hold Hamas responsible and will continue operating against any attempt to harm Israeli civilians,” the IDF spokesperson said.”

But does “holding Hamas responsible” include forcing them to pay the bill for the damage to the homes in Sderot, and the psychotherapy required to help the traumatized children and their parents resume a normal life? No. Of course not. So who will pay that bill? 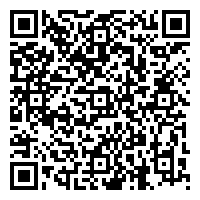