Shrapnel from one of the interceptor rockets of the Iron Dome anti-missile defense system landed Friday morning in the yard of a school in the southern Israeli city of Sderot, near the Gaza border.

Miraculously, no one was hit by the falling shrapnel because school was not yet in session. Sderot residents told TPS the interceptions took place over the area of Sapir College, on the outskirts of Sderot.

The Iron Dome had intercepted three of the four rockets that were fired from Gaza at around 7:19 am – a barrage that followed more than a dozen others after a night that began with the launch of two Iranian Fajr-type rockets on Tel Aviv.

The Iron Dome anti-missile defense system was activated by the rockets but did not intercept either projectile: both landed in open areas, causing no physical injuries or property damage.

In response to that attack, more than 100 terror targets were hit by IDF fighter pilots and artillery from late Thursday into the wee hours of Friday.

Israelis were being told to go about their daily routine as usual, and classes were being held on time.

But following the daily routine was difficult when Red Alert air raid sirens began blaring through the Sha’ar HaNegev Regional Council district, sending parents, children and everyone else racing for safe spaces and bomb shelters just as they were changing diapers, getting breakfast, dressing for school and preparing for the day ahead after a long, sleepless night in the bomb shelters.

People living along the Gaza border have only 15 seconds within which to reach safety before a rocket or mortar shell explodes in their vicinity – perhaps right next to them.

Despite denials of responsibility for the Fajr attack from both Hamas and the Palestinian Islamic Jihad terrorist organizations, the IDF traced the trajectories and subsequent rocket fire to Gaza’s ruling Hamas terrorist group. 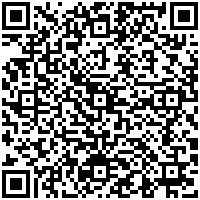