Everyone can try to pretend that relations between Israel and Turkey, and even between the United States and Turkey, are just as warm and fuzzy as they have been in the recent (recent for the U.S. is more recent than for Israel) past.

But once the U.S. starts packing up its toys and refusing to share (or sell) them with a former playmate – Turkey – there is no denying the rift.

The toys the U.S. will not be sharing with Turkey include 10 unmanned aerial vehicles (UAVs), also known as Predator drones.

The reason for the rupture?

Most reports point to the the Turkish intelligence chief Hakan Fidan having disclosed to Iran the identities of 10 Iranians collecting information for the Mossad. But others see a deeper problem than one that just involves Israel. These theorists point to a more generalized problem of Turkey and Iran becoming closer collaborators, a dramatic about-turn given Turkey’s relentless campaign to unseat Syria’s president Bashar al-Assad, Iran’s primary puppet regime.

Yet another theory for the U.S. – Turkey rift – this one advanced by a Pakistani defense site – suggests that the drone contract cancellation was in response to Turkey’s rejection of bids from U.S. and other firms in favor of a Chinese defense firm for a $4 long-range air and missile defense system.  The Chinese firm which won that contract is sanctioned by the U.S. 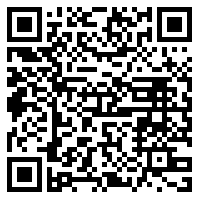