More than fifty top entertainment industry executives signed a letter to Netflix’s vice president of original series Peter Friedlander and chief content creator Ted Sarandos, supporting the online streamer which is being threatened with a lawsuit by the BDS movement for distributing the Israeli television series “Fauda,” Variety reported recently.

The execs are organized in Creative Community For Peace (CCFP), which represents “a cross-section of the creative world dedicated to promoting the arts as a means to peace and to countering the cultural boycott of Israel.” The group’s website suggests, “We may not all share the same politics or the same opinion on the best path to peace between Palestinians and Israelis. But we do agree that singling out Israel as a target of cultural boycotts will not further peace.”

In late February, the BDS international movement called on Netflix to “stop broadcasting and not to produce the third season of the series,” threatening a lawsuit should the streamer not remove the first season of “Fauda” from its websites. This because “Fauda” is “racist propaganda for the Israeli occupying army and displays aggression towards the Palestinian people, and the process it is leading for freedom and independence.”

“This is a series that is racist against Arabs and that encourages violating international law and human rights — which could lead us to take legal actions against Netflix,” the BDS letter continued, apparently unaware of the First Amendment as well as what constitutes international law and human rights (the Geneva Convention only forbids forcing POWs to watch propaganda movies, but has nothing to say about charging them $8 a month to stream them).

Referring to the show’s original producers, Avi Issacharoff and Lior Raz, who are veterans of Israeli special forces, the BDS threatening letter also asserts that “the series gives legitimization to war criminals and its two writers are graduates of the death companies of undercover soldiers in the occupying army. They are collaborators with the occupation apparatus, the Israeli colonialism and apartheid.”

The support letter to Netflix from the Hollywood bigwigs stated: “As an organization comprised of prominent members of the entertainment industry dedicated to promoting the arts as a means to peace and to defending artistic freedom, we at Creative Community For Peace (CCFP) want you to know that we stand behind you and Netflix in the face of this blatant attempt at artistic censorship.”

As to the show in question, the CCFP execs wrote that “Fauda” presents a “nuanced portrayal of issues related to the Israeli/Palestinian conflict,” and that it “mirrors the power of the arts in general; they bring up difficult but important conversations, expanding our horizons and allowing us to experience different points of view.” 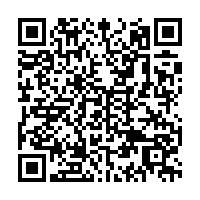