Anti-Semitic posters were slapped on to the walls, doors and windows of Temple Or Rishon campus in Sacramento, California this past Sabbath sometime between late Friday night and Saturday morning.

Between 10 to 15 of the posters were found when members of the Orangevale congregation arrived at 8 am. Rabbi Alan Rabishaw told The Sacramento Bee they were found all around the campus, “on the outside window, the doorways, spread around… They were filled with ant-Semitic hate.”

Rabishaw said he immediately notified the Sacramento Sheriff’s department, and the FBI, but emphasized that the congregation, which numbers about 275 families, would continue its activities as usual. “We’re not in hiding, we’re not afraid,” he told the newspaper. “We just do what we do with joy and peace in our hearts.” He added that Muslim and other leaders have offered support.

One of the flyers showed Dylann Roof, the suspect charged with shooting and killing nine worshipers at a South Carolina church in June 2015. The picture shows Roof holding an American flag, and reads, “Dylann Roof did nothing wrong.”

“Kimberly Olker, president of the congregation, told FOX40 she was “horrified. I was scared and sad.”

One of the posters read in part: “Hitler, Rockwell and Pierce warned you about sleazy Hollywood,” and included a picture of Harvey Weinstein’s face superimposed over a graphic caricature.

Security and federal officials are reviewing CCTV footage and other evidence. 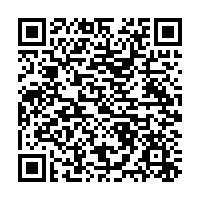