US Ambassador to Israel David Friedman stated that the US is against any unilateral and immediate annexation of Judea and Samaria by Israel as part of the Deal of the Century peace plan, a change from his initial enthusiastic support for such an immediate act.

Friedman stated at a speech given at the JCPA on Sunday, that President Donald Trump’s “Vision for Peace is the product of more than three years of close consultations” between Trump, Prime Minister Benjamin Netanyahu and their senior staff.

The most senior US member of the planning committee, Jason Greenblatt, quit before the plan was released, leading to speculation is that it was over disagreements with Trump’s son-in-law Jared Kushner over its implementation.

“As we have stated, the application of Israeli law to the territory which the plan provides to be part of Israel is subject to the completion a mapping process by a joint Israeli-American committee,” a task the sides reportedly have already begun, not waiting for the Israeli elections or a new Israeli government.

However, Friedman cautioned that “any unilateral action in advance of the completion of the committee process endangers the plan and American recognition.

Friedman has adopted the position put forward by Trump’s senior aid and son-in-law Jared Kushner who said that Israel should not annex any areas before the March elections in Israel and the forming of a new government — significantly reducing the chances that annexation will happen at all. He emphasized that there is a process here, and the process should be respected and followed for the plan to succeed.

In response to a reporter’s question, Friedman states (31:00), “I think we may have had some differences of views on the timing, but in very short order it became clear that we were all on the same page.”

Netanyahu on Saturday night stated that Israel has begun mapping parts of the areas it intends to annex, apparently adopting the US’ line of action and stepping back from a pledge to immediately apply Israeli sovereignty over areas in Judea and Samaria after the publication of the Deal of the Century.

“We’re already in the process of mapping the territory that according to the Trump plan will be part of the State of Israel,” he stated.

Right-wing factions on Sunday continued to call on Netanyahu to move forward with the annexation unilaterally, claiming the time was now or never. If the Likud is unable to cobble together a coalition after the election, a left-leaning government, led by the Blue&White party is unlikely to annex anything. 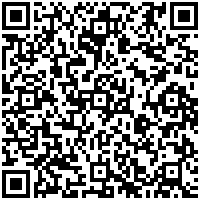