But her nomination to become the antisemitism czar is being held up in the Senate for more than five months by Republican senators who say she criticized them on Twitter.

Senator Jim Risch, the Republican ranking member of the Senate Foreign Relations Committee, cited Lipstadt’s tweets that were critical of another Republican on the committee, Senator Ron Johnson from Wisconsin.

Lipstadt has been accused of allowing her politics to interfere with her public statements. Another example of this took place in 2014 when she criticized Israel for cheapening the memory of the Holocaust by using it to justify the Gaza war. And in February 2019, Lipstadt resigned her membership in the Young Israel synagogue movement because its national council president defended then-Prime Minister Benjamin Netanyahu’s pushing a merger between the Habayit Hayehudi party and Itamar Ben Gvir’s Otzma Yehudit party.

Of all the new administration’s top-ranking nominees, Lipstadt’s was supposed to be the easiest, endorsed as it was by Jewish organizations across the ideological and religious spectrum, from J Street and the Anti-Defamation League to the OU. And yet, it appears that the renowned expert of Holocaust denial who, back in 1996 went to war against Holocaust Denier David Irving who sued her for libel – and beat him in the UK, where surviving a libel suit is harder than coming out alive from the holy inquisition. Still, with all of her great record, Lipstadt has managed to make enemies among powerful people who should have been in her corner.

A year after Biden’s inauguration, only 41% of his nominees for Senate-confirmed posts have been approved. The administration and its allies have been working to correct the situation: the NY Times noted on Saturday that Senate majority leader Chuck Schumer (D-NY) made a deal with Senator Ted Cruz (R-Tx) to schedule a vote on imposing sanctions on the company behind a Russian-laid natural gas pipeline to Germany, in return to which Cruz helped clear close to 40 nominations, including Biden’s ambassadors to China and Japan.

To secure her appointment, Lipstadt may have to reach out to the people she angered on the right and partake of some humble pie. 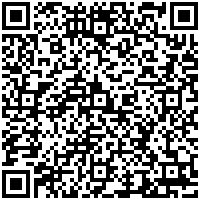