U.S. special envoy for Mideast peace negotiations Jason Greenblatt lambasted the U.N. Security Council on Thursday as members condemned Jewish settlements being built, instead of condemning the most recent rocket fire from Gaza towards Israel, saying it was “baffling and disappointing to see the obvious, continual anti-Israel bias at the U.N.”

“Let’s stop pretending that settlements are what is keeping the sides from a negotiated peaceful solution,” he said. “This farce and obsessive focus on one aspect of this complicated conflict helps no one.”


Greenblatt remarked that “it is truly shameful that in these halls, there have been nearly 700 resolutions condemning actions of Israel—the region’s only real democracy—yet not one condemning Hamas’s attacks on Israelis, or its abuse and neglect of the very people it claims to represent.”

Israel was not invited to the meeting, a decision that Greenblatt called “surprising and unfair.” 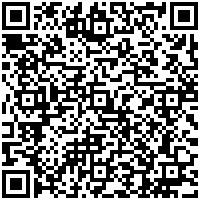