President-elect Joe Biden is filling out the positions for his incoming administration, including those at the State Department, with more Obama Administration graduates.

Former US negotiator of the 2015 nuclear deal with Iran, Wendy Sherman, has been tapped by Biden to serve as incoming (nominated) Secretary of State Antony Blinken’s Number Two in the position of deputy secretary of state, according to Politico.

Sherman, born in Baltimore, MD to a Jewish family, began her professional life as a social worker dedicated to helping battered women and the urban poor; an experience that led her to take on the role of social activism and later, politics.

In September 2011, during the Obama Administration, Sherman was appointed by Secretary of State Hillary Clinton to be the Under Secretary of State for Political Affairs. In this role she led the US team through six rounds of talks with Iran and a group of five other world powers – known as the P5+1 talks — as they negotiated to reach an agreement on Iran’s nuclear development program.

Sherman was the lead negotiator for the United States in the talks that resulted in the 159-page agreement known as the JCPOA (Joint Comprehensive Plan of Action), or Iran nuclear deal that was reached in Vienna on July 14, 2015 between Tehran, the United States and five other world powers. Sherman also served in the past as policy coordinator on North Korea, and as assistant secretary of state for legislative affairs.

The United States under President Donald Trump withdrew from the deal on May 8, 2018, citing numerous violations of the agreement by Iran and concerns the Islamic Republic was continuing to work unfettered towards a nuclear weapon using the benefits gained by the deal.

Another US foreign policy veteran of the Obama era, Victoria Nuland, has also been asked to serve, as undersecretary of state for political affairs.

Nuland is a retired career foreign service officer who has served as a top US diplomat for Europe, US ambassador to NATO and as State Department spokesperson. She served in the Obama Administration as assistant secretary of state for European and Eurasian Affairs.

Both women are presently working in the world of academia and think tanks; both are critics of the Trump Administration’s foreign policy. 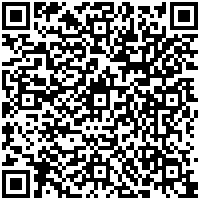