Robert Mueller’s investigation is now moving to Jared Kushner’s interactions with foreign leaders during the presidential transition (between the Nov. 8, 2016 election and the January 20, 2017 inauguration), with an emphasis on his attempt to prevent President Barak Obama’s parting shot at Israel at the United Nations Security Council in December, when the US abstained in a landmark resolution demanding a halt to all Israeli settlement in the “occupied territories,” the Wall Street Journal reported Tuesday.

Washington custom dictates that a president-elect is not expected to come to the nation’s capital until the inauguration other than for a few substantial policy or procedural discussions with the outgoing administration. Although this custom was violated by several incoming US president elects, it was rare for any of them to actually attempt to reverse the sitting president’s policies.


According to the WSJ, the Mueller team is now questioning witnesses about Kushner’s involvement in that controversial resolution, when Israeli officials asked the Trump team to help block the UNSC vote with a US veto, even though Trump was not yet in office.

The Obama administration held back its final and most stinging blow to its ally Israel until after the presidential vote so as not to cause Democratic Jewish voters to retaliate by abandoning presidential candidate Hillary Clinton, then signaled its approval for a vote condemning Israel as soon as the election results had been announced.

According to the WSJ, Mueller is also looking into Kushner’s outreach to other foreign leaders during the presidential transition, and his role in the June 2016 Trump Tower meeting with representatives of the Russian government, presumably to “collect dirt” on Clinton. 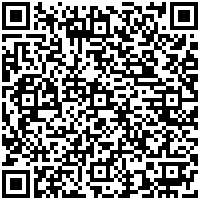