Are you a player? That is, are you a fan of Marvel’s Spider Man on Play Station 4?

If you are, and if by chance you are not Jewish – and if you play this game on a Saturday – you may have noticed one of the special hidden secrets just now revealed on Twitter by Insomniac Games senior engine programmer Elan Ruskin:


For those who play the game on Saturdays, on that day there are no Orthodox Jewish characters to be seen.

If you’re wondering (as I did) how it’s possible for the program to know when it’s the Sabbath (Saturday) for the player, Ruskin answered the question when it was asked by someone on a Twitter thread:

“Real-life Saturday. It checks the clock on your PS4,” Ruskin replied.

This feels like the right time to mention an Easter egg that everyone's passed over so far: these guys don't work on Saturdays! pic.twitter.com/kJydFBG4DG 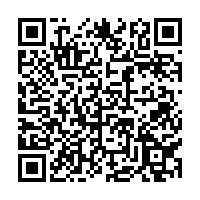