“It took us longer to acquire those two batteries than we would have liked for a lot of different reasons,” Murray told the House committee, and stated frankly: “We believe we cannot integrate them into our air defense system based upon some interoperability challenges, some cyber [security] challenges, and some other challenges. So what we ended up having is two stand-alone batteries that will be very capable, but they cannot be integrated.”

The Times of Israel on Friday reported that the reason for the US Army’s reluctance to integrate Iron Dome was that “Israel supplied engineering information but ultimately declined to provide the source code the Army said it needed to integrate Iron Dome components with US systems,” and suggested that “the Army’s decision was based on the impasse over Iron Dome’s source code, not shortcomings identified in a physical technical assessment.”

But when Breaking Defense reporter Sydney J. Freedberg Jr. asked Murray directly, “Could the Army integrate Iron Dome if the manufacturer, Rafael, provided the proprietary data that service leaders are asking for?” the Army Futures chief admitted, “My assessment right now is, it would be – and I hate to ever use the word ‘impossible’ – but exceptionally difficult to integrate Iron Dome into our layered air defense architecture [and] to get Iron Dome talk to other systems, other radars, specifically the Sentinel radar.”

Thomas Karako, a senior fellow with the International Security Program and the director of the Missile Defense Project at the Center for Strategic and International Studies (CSIS), wrote last summer (The Missile Defense Review: Insufficient for Complex and Integrated Attack) that “frustration with the joint force’s lack of cruise missile defense led Congress to require an interim near-term capability, prompting the Army to request funding for Iron Dome. But in its global role, the United States will face more sophisticated threats than those confronted by many of our allies.”

“I think everybody kind of knew going in that Iron Dome is on one hand a proven system with a lot of operational experience, but everyone also knew going in that it was tailor-made for Israel, and so it is not going to be optimized for the United States,” Karako said last week. “I see this development as not surprising.”

An unpublished 2013 report by Theodore Postol, Mordechai Shefer and Richard Lloyd, said the official effectiveness figures for Iron Dome were incorrect. Postol argued that “Iron Dome’s intercept rate, defined as destruction of the rocket’s warhead, was relatively low, perhaps as low as 5%, but could well be lower.”

The Israeli Institute of National Security Studies published a detailed rebuttal to Postol’s claims, labeling it “dubious research without access to credible data.”

But even if Postol is totally wrong about his assessment of the system’s effectiveness, and if the US Army is misleading Congress saying Iron Dome couldn’t fit into their latest air defense system, and even if Rafael thawed its resistance to code-sharing with the Americans, Iron Dome will remain a terrible defense system because nothing has helped perpetuate Gaza Strip terrorism worse than that system.

Shmuel Sackett put it most succinctly back in November, 2019 (I am AGAINST Iron Dome): “The Iron DOME has to be replaced with the Iron FIST. Instead of sitting and catching 86% of rockets shot at Israeli cities (according to official sources) the IDF needs to issue a simple, yet very powerful statement: Israel’s new system – the Iron Fist – automatically fires back 100 rockets for every one rocket that is fired at us.”

And Yori Yanover warned in November 2012 (The Morally Reprehensible ‘Iron Dome’ – Hamas’s Best Friend): “Iron Dome is the best terror-containing system known to mankind. The only problem is, containing terrorism is morally corrupt, and a society that dedicates its resources to continuing to live next-door to a community run by terrorists is inherently insane.”

“In a briefing with an IDF official this week,” Yanover reported in 2012, “I asked what’s the end goal of the current operation, and the answer was: to bring the rocket attacks down to a reasonable number. It wasn’t this officer’s fault, it’s what the political echelon has been dictating.

“This kind of talk, about there being an acceptable level of rocket attacks, a tolerable number of injured and killed Israelis, a manageable number of nights a million Israelis will spend in bomb shelters – it is only made possible by the existence of the Iron Dome.” 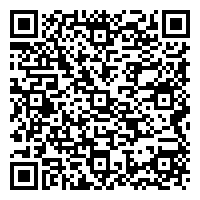