A bipartisan group of U.S. lawmakers has called on the European Union to designate both the political and military wing of Hezbollah as a terrorist group.

The June 24 letter was spearheaded by Sens. Jacky Rosen (D-Nev.) and Marsha Blackburn (R-Tenn.) in the U.S. Senate, and Reps. Lee Zeldin (R-N.Y.) and Ted Deutch (D-Fla.) in the U.S. House of Representatives. They were joined by 26 additional members in both congressional chambers.

Overall, 17 Republicans and 13 Democrats signed the letter, which states, “The United States remains dedicated to combating global terrorism and its enablers, and we encourage our allies and partners to join in this effort. To build on these efforts, we strongly urge the EU to designate the entirety of Hezbollah as a terrorist organization.”

The letter applauds Germany’s April 30 designation of Hezbollah, an Iranian proxy, as a terrorist group, and Austria passing a resolution last month calling on the European Union to designate Hezbollah as a terrorist entity.

Currently, only the military wing of Hezbollah has been designated by the European Union as a terrorist group.

“Unfortunately, Hezbollah has increasingly used Europe as a launching pad for its criminal and terrorist activities, including money laundering, drug smuggling, recruitment and training,” states the letter. “In particular, Hezbollah’s fundraising and illicit business activities have generated additional annual revenue which the organization uses to support its global terrorism, including a 2012 Hezbollah terror attack in Bulgaria that killed 5 Israeli tourists and 1 Bulgarian citizen.”

“In addition to the United States, Canada, the Gulf Cooperation Council and the Arab League, as well as several other individual countries, have taken this step,” added the members of Congress. “We also continue to welcome action by individual member states to enact a formal terror designation of Hezbollah in its entirety and ban its activities within their borders.”

The Conference of Presidents of Major American Jewish Organizations applauded the letter.

“An Iranian proxy with the blood of countless innocents on its hands, Hezbollah conducts criminal operations in the Middle East, Europe, Latin America and elsewhere to finance its terror activities around the world,” said the umbrella organization in a statement on Sunday. “No quarter should be given to these purveyors of murder and vicious anti-Semitism, who are unyielding in their quest to destroy the Jewish state.” 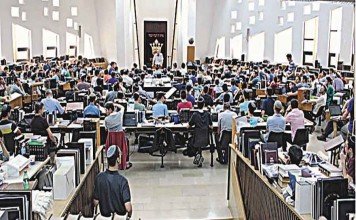 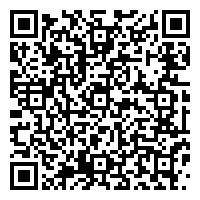