“I think it’s coming,” Carmel said. Tevye opened his eyes. As far as he could tell, it was the middle of the night.

“Go back to sleep,” he said, rolling over onto his side. Tevye was no great scholar, but he was knowledgeable about two things in life — cows and babies. After all, he had fathered seven daughters. And with Golda, it was always the same hysterical false alarms until the real moment arrived. Tevye knew from experience that the birth of the baby could he hours away. Even days.

Tevye grumbled. The next moment he was snoring.

“Tevye,” Carmel called urgently, poking her husband in the back. “Are you ready to be the midwife?”

Tevye stirred and sat up in bed.

“I need a midwife, Tevye. I’m having the baby.”

“You’re having the baby?” Tevye asked, still groggy from sleep. He reached over to the table, found the matches, and lit a candle. On the other side of the tent, Guttmacher’s two children were sleeping. Carmel’s eyes were wide with a mixture of fear and wonder. Her forehead was sweating.

“You have contractions?” he asked.

She shook her head yes.

“For hours,” she said, biting her lip as another painful contraction seized a hold of her hips.

Tevye attempted to think clearly. If that were the case, his wife was liable to give birth to the baby right then and there in his lap. Wasn’t it written that the Hebrew women in Egypt gave birth in a lively fashion before the midwives would arrive? Maybe his Yemenite wife was like them. He stood up and thought about what he should do. In Anatevka, he would go and get Shendel, the midwife. But who knew where Shendel was now?

“Whom should I call?” he asked his wife as he hurriedly pulled on his trousers.

“My mother,” she answered.

“Your mother is a midwife?”

“All Yemenite women are midwives.”

“Well, maybe not all of them, but most of them. Will you please hurry and call her before the baby comes out!”

“Outside the tent,” his wife answered. Her back arched in pain and she let out a long anguished sigh. She clutched the bed with both hands and whimpered. Sweat shone on her forehead.

“Hurry!” she whispered. “But first check your shoes for scorpions.”

“What a saint,” Tevye thought. His wife worried about him, even when she was in the middle of labor. Quickly, Tevye hurried out of the tent. He didn’t bother to put on his shoes. He ran straight to the tent of Elisha.

To make a long story short, as the great writer, Sholom Aleicheim, would say, Carmel gave birth to a boy! When the moaning and groaning were over, Tevye had been blessed with a son! After seven daughters, a male child was born to Tevye, the son of Schneur Zalman! In the middle of the night, the whole settlement turned out to wish the proud father mazal tovs and L’chaims! While Carmel embraced her precious baby in the tent, Tevye danced outside. Everyone shared his great joy. Hillel was so happy, he played his accordion, stamped his feet, and blew into his harmonica, all at the very same time. Liquor and refreshments arrived as if by magic. Everyone joined in the party.

In the middle of the dancing, Tevye felt he had to make sure that this happiness wasn’t a dream. He simply couldn’t believe his good fortune. After so much hardship and sorrow, how could there be such great joy? He hurried to his tent and demanded to see the baby. The crowd of women made way. Pushing the cloth diaper aside, the father took a glimpse to be certain. There was no doubt about it. The good Lord had blessed Tevye with a boy! Holding his newborn son triumphantly up in one hand like a freshly baked loaf of challah, Tevye carried the bundle toward the door of the tent. 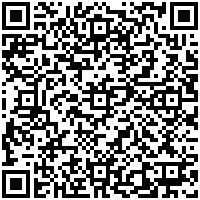