When word arrived that Baron Edmond Rothschild was coming for a visit, with none other than the famous Dr. Chaim Weizmann, the colony turned into a frantic beehive of activity. Since the death of Theodor Herzl, Weizmann had become one of the driving forces behind the Zionist movement in Europe. The Russian-born chemist had become a leader of the World Zionist Congress, and his diplomatic skill, erudition, per­sonal magnetism, and dedication to the Zionist cause had won the respect of political leaders throughout the world. The rumor of the pending visit was started by the driver of the monthly supply wagon on one of his trips out of Zichron Yaacov. He said that the Baron and Weizmann were due to arrive in Palestine for an inspection of all of the settlements, and that the Morasha region was being considered as the next major development area of both the Keren Keyemet, Jewish National Fund, and the Jew­ish Colony Association. That meant a possible investment of millions and millions of francs to turn the quiet village of Morasha into a bustling agricultural center. The billionaire phi­lanthropist and the charismatic political leader were known to be friends, and if they were impressed by what they saw on their visit, it was almost certain that the Baron would spread money like fertiLazer throughout the hillsides of Morasha.

In the excitement, no one bothered to ask how the driver of the monthly supply wagon was privileged to such exclusive information. As the news spread from settler to settler, the dream of transforming the struggling yishuv into a model metropolis seemed absolutely assured. Someone said that the scientific-minded Weizmann planned to build a university on the crest of the Morasha hillside. Another said the area was slated to be turned into a modern industrial park. It was even rumored that the Baron Rothschild was thinking of Morasha as the site of a new summer mansion.

“A boobe-miseh if I ever heard one,” he said. “And I sup­pose that the Mashiach is on his way too.”

His reference was to the Jewish messiah, whom the Jews had expected for two-thousand years. Faithful to the promises of the Prophets and Sages, the Jews waited for his coming every day. The Hasidim were especially on alert for his arrival. If nightfall came without a sign of his appearance, they took solace that certainly the Mashiach would come the very next day to usher in the awaited age of salvation. It was a dream Tevye had fostered every day of his life. He believed it with all of his soul. If only the Jews would return to their Maker in repentance, surely the scion of King David would come to rescue the downtrodden nation.

Tevye was far more skeptical regarding the coming of Baron

Rothschild.  But when the Company manager, LeClerc, arrived with the very same news, Tevye also caught the fast-spreading fever. His imagination proved as fertile as his neighbors. Not only would Morasha become the Paris of the Middle East, Tevye could very well become one of the wealthiest men in the region. Stranger things had happened in life. Hadn’t Joseph, the simple shepherd boy, become ruler of the mighty land of Egypt? Every schoolboy knew the story. And what was the secret of Joseph’s success? His dreams!

LeClerc assembled the settlers together outside of the barn as the sun sank over the distant ocean. The historic visit, he said, was just three days away. Because of political developments in Europe, the entourage had embarked sooner than planned. After brief stops in Rishon Le Zion and Zichron Yaacov, the Baron and the Doctor of Chemistry were arriving in Morasha to scout the site them­selves to determine if the expansive, virgin region could be transformed into a center of Jewish immigration for the hundreds of thousands of Jews whose lives were being threatened by the worsening persecutions in Russia.

Needless to say, LeClerc continued, it was imperative that the Morasha colony and its settlers put on their finest appear­ance. To this end, a shipment was due to arrive the next day with building supplies, paint, flowers and plants, new clothes for the settlers, and enough food to prepare a banquet for a king. 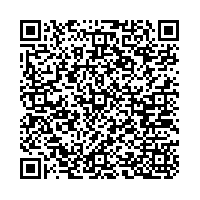