The idea of SeeYouOnShabbos.com popped into Rabbi Benzion Klatzko’s head one morning. Wouldn’t it be wonderful, he thought, if a website could be created that would allow Jews from all over the world to find a host or invite guests for Shabbos? He knew that there needed to be a concerted effort to connect individuals and families.

“We, the Jewish people, have many, many resources, but we’re not always as organized as we could be. Everyone has good intentions, so if we can take everyone’s good intentions and put them on one site as a resource that everyone can use, we would have a tremendous amount of power.”

The result, SeeYouOnShabbos.com, has begun to take off, with well over 5,000 people signing up since the site launched in January. Registrants include Jews from as far away as Ecuador, Indonesia, Ireland and Belgium, 38 countries and growing. What is also revealing is that nearly half of the guests who have signed up for the site are not traditional Orthodox Jews. They are simply Jewish people who are curious about Shabbos, and would love to learn about its meaning.

They are saying, “If only someone would invite us, we would come and participate in a traditional Shabbos. Many have said they would love to do kiruv. They just don’t know many non-frum Jews, or they don’t know how to approach them. With this site all our excuses disappear. The onus is now on us,” says Rabbi Klatzko. In the first four months, more than 4,000 people have been invited through SYOS.

What makes this site unique is that not only can a guest find a host for Shabbos, a host can actively search for a guest, invite them into their home, and share together a beautiful family Shabbos experience. What a wonderful opportunity to do hachnosas orchim, be involved in kiruv, look out for those in our community who have been neglected and ignored, and unite the Jewish people in a global mitzvah of chesed.

In addition, since so many single people who sign up as guests are also actively looking for a shidduch, the site allows for that to be noted in the profile. They can then upload a short shidduch profile, making this site the largest free, open source shidduch data base in the world.

One can then search for a shidduch using the filter on the side of the page, and find every available boy or girl on the site who is available, complete with references and personal description. This essentially puts the shidduch list in all of Klal Yisroel‘s hands, making each person a potential shadchan. “The site does not have the stigma of a dating site, as it is simply a Shabbos hosting vehicle. Thus many singles who felt awkward signing up for one of those websites are finding their way to See You On Shabbos.”

Rabbi Klatzko, a former campus rabbi at UCLA who has been nicknamed “The Hollywood Rabbi” due to the many stars who attended his classes, regularly hosts 50 people for Shabbos meals. “My wife, Shani, is the true hero; I wouldn’t be able to do it without her,” says the father of 11 who lives in Monsey.

Shani grew up in a home in which her parents kept a large tray of chicken and a huge pot of soup on the table, and people would stream in all day long, he says. “To her, it’s a natural thing.”

For the Klatzkos, Shabbos serves as a peaceful oasis of holiness and tranquility in these tumultuous times. “We appreciate the unique ability of Shabbos to bond together the Jewish people,” he says, calling the day of rest the Jews’ “built-in social network.”

The site offers a number of features, including “Search for hosts in your area,” view “A host’s profile,” and “Proximity Search,” to name a few. Using location and other criteria like pet or food allergies, a registered guest can select a host family that best fits one’s needs.

There is even a link called “Shabbos Facts,” which serves as an informative “Shabbos-101” tool for first-timers. For registered hosts, the site outlines five security measures – like viewing a guest’s profile – that will help protect the families who partake in this chesed.

Families thinking of participating should know how much the gesture of hosting one Shabbos meal can affect a Jewish neshama. “There are single mothers, widowed, divorced people. Single people and also travelers,” he said. “That’s why we include the entire community.” Megan Michaels, a 29-year-old social work student from Passaic, N.J., said Klatzko’s site has meant she’s never had to go solo on Shabbos.

“As a single person, it’s harder to feel part of the community, and See You on Shabbos has opened up the community to me,” she said. “Through the website I’ve met new families who I probably wouldn’t have met otherwise. It’s a good feeling to be invited.”

See You On Shabbos has been given a resounding haskama from the gedolim. Rabbi Aharon Feldman, rosh hayeshiva of Ner Israel, wrote, “It is a wonderful thing to be involved in this big mitzvah, and each family that can should sign up.” In the kavod Shabbos rally in Baltimore, the gedolim announced from the podium that everyone in the community should make it a priority to sign up.

Rabbi Ilan Feldman, rabbi in Atlanta, Georgia, also requested from each and every member of the Beth Jacob Kehilla to list themselves as hosts. “I can’t tell you how long we have waited for a tool like this to reinvigorate outreach in our community.”

A new feature of the site is “suggest a match” in which either a host or guest may be recommended to one another. Perhaps a guest is traveling and a previous host knows of a family who would enjoy his or her company. The host may suggest the guest to the host or vice versa. It is a way for both visitors to feel welcome to the community and for newcomers to meet their neighbors.

Rabbi Klatzko has big hopes for the site, including adding a proximity search that would allow mobile users who are stuck on the highway minutes before Shabbos to locate a nearby host. The site will also eventually help Shabbaton organizers locate hosts within a community with just one click.

Rabbi Klatzko’s vision for SeeYouOnShabbos.com does not end at Shabbos placements. “Ultimately, I am looking at this site becoming the epicenter of the Jewish worldwide web, where a person can go on and find places for Shabbos – shuls, kosher eateries, shidduchim, and eventually jobs as well.”

“See you on Shabbos reflects the genuine desire of Jewish people all across the world to welcome other Jews into their homes,” says Sammie Goodman, from Merrick, NY, an alumna of Neve Yerushalayim seminary. “I think that this site will help create beautiful Shabbos experiences, connect people, and help to connect Klal Yisroel. As a baalas teshuvah who needs a place to spend Shabbos each week, the outpouring of people looking to host guests is very meaningful,” Goodman says. 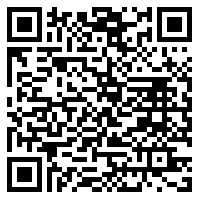