“Think of a number between 20 and 100. Got it? Now add your digits together. Now subtract the total from your original number. Finally, add the digits of the new number together. Are you thinking of the number 9? (If not, you might want to check your previous calculation.) Pretty cool, huh? Mathematics is filled with magic like this, but most of us are never exposed to it in school.” – Arthur Benjamin


Arthur Benjamin, a mathematics professor at Harvey Mudd College in Claremont, CA, discusses how wonderful and applicable math is in his book The Magic of Math: Solving for x and Figuring Out Why. The above is an excerpt from the introduction to his book in which he proves himself worthy of his nickname, “the mathmagician.” Benjamin claims that in his book, “you will see how numbers, shapes, and pure logic can yield delightful surprises. And with just a little bit of algebra or geometry, you can often discover the secrets behind the magic, and perhaps even discover some beautiful mathematics of your own.”

There’s an immense amount of pressure on American schools today to teach advanced math in order to keep up with the rest of the world. To that end, Benjamin wants to put the magic back into the world of math and allow children and adults to marvel at its magic. He explains that the book’s reader is “anyone who will someday need to take a math course, is currently taking a math course, or is finished taking math courses…” In other words, he wants this book to be enjoyed by everyone, from math-phobics to math-lovers. A huge part of his mission is to bring mathematics to the general public.

On the other side of the math debate, Andrew Hacker believes that we have created a mania around math in the United States today. In The Math Myth: And Other STEM Delusions, Hacker explores the way that STEM (Science, Technology, Engineering, and Mathematics) has taken over American educational hopes for the future, and the reasons why this system is mistaken. Hacker bemoans that fact that our sole focus is on math, but that we hear no worries about literacy or the humanities.

He argues that the advanced math we require in high school is beyond most students abilities. What’s more, to require high school student to study advanced math in no way prepares America for a brighter future. In fact, it forces millions of high school students to take courses and learn concepts that could very well be beyond them. He writes, “Mathematics is both feared and revered. Feared by those who recall it as their worst academic subject, if not a class that blighted their day. Mathematics is also revered, as an inspiring achievement, all the more esteemed because so much of it is beyond our ability to grasp. Amid this aura of awe, it’s easy to argue that even more of it should be taught and learned. Yet on the other side is the obdurate fact that of the millions of high school and college students subjected to mathematics, distressing proportions are slated to fail.”

Hacker proposes his own acronym: PATH which stands for Philosophy, Art, Theology, History and argues: We live in critical times, because we are falling behind our competitors in PATH pursuits: philosophy, art, theology, and history. If our nation is to retain its moral and cultural stature, we must underwrite a million more careers in PATH spheres every year. If we do not, we may continue to lead in affluence, but we will decline as a civilization.

Where do you stand on the math debate? Should we continue to focus on it for our country’s (and children’s) futures or should we move away from it and allow children to choose studies based on their strengths and passions? Whatever your inclination, the chances are that your children’s schools will continue to focus on math. The US government, in conjunction with the Common Core, have mandated strenuous math courses for students of all ages. For that, we need advice from Barbara Oakley, author of A Mind for Numbers: How to Excel at Math and Science (Even if you Flunked Algebra). In her book, which I’ve mentioned in this column before, she suggests several ways to succeed in math (and practically any other subject). I’ve summarized those tips below:

Use recall. After you finish reading a page or concept, look away and say the main ideas aloud to yourself.

Test yourself. Use flashcards, online quizzes, and test yourself on everything you are studying all the time.

Chunk your problems. Once you understand a complex problem, practice it so many times that all of the different steps involved become a “chunk” of memory.

Space your repetition. Don’t study for five hours one night. Instead, study for one hour over five nights.

Alternate different problem-solving techniques during your practice. Study guides and textbooks are rarely set up this way, but test yourself on different types of problems throughout your study sessions.

Take breaks. If you hit a brick wall, take a break and do something else.

Use explanatory questioning and simple analogies. Once you understand something think about how you would explain it to a ten-year-old.

Focus. Set a timer for a manageable amount of time (20-40 minutes) and turn off all distractions.

Eat your frogs first. Start with the thing that you are most dreading. Once you get that over with, the rest will be easy as pie!

Make a mental contrast. Think about where you’ve come from and where you’d love to be at the end of your studies (an astrophysicist, a better homework helper for your sixth grader, an interior designer).

You can change the way you feel about math and the way your child feels about math through The Magic of Math and Oakley’s smart tips. If math is the wave of the future, why not become an expert surfer? 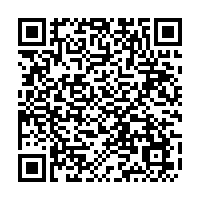