(Monday, 11th July 2016) – Defense Minister and Yisrael Beytenu Chairman Avigdor Liberman met today with Michael Gross, a Jewish philanthropist, who canceled a significant donation to Ben Gurion University because of its hosting of a conference supporting BDS organizations. Mr. Gross told the minister that: “Battling BDS should begin in Israel. It cannot be that Israeli universities which receive funding from the state provide a platform for those acting against Israel worldwide and supporting BDS.”

Defense Minister Liberman agreed that much of the support for the BDS movement comes from Jews and Israelis, and spoke about the activities the Yisrael Beytenu party has undertaken against those who delegitimize Israel, including through legislation.


Defense Minister Liberman declared that all Jewish philanthropists should act in the same manner and support Zionist causes and not anti-Zionist activities that encourage BDS and the delegitimization of Israel.

“Jewish philanthropists around the world should not donate to anti-Zionist causes,” Defense Minister Liberman said. “Rather they should be supporting Zionist causes which assist building and defending our country and strengthening the Jewish People.”

“We all have a collective responsibility to our nation and people and to not side with our enemies.”

The CEO of World Yisrael Beytenu Alex Selsky also attended the meeting. Mr. Selsky, whose organization works to strengthen Zionist activities in the Diaspora, outlined to Mr. Gross some of the projects in the field of strengthening the global pro-Israel movement and the fight against the de-legitimization of Israel around the world, especially in the United States.

Mr. Gross and Mr. Selsky agreed to cooperate to expand operations in North America and Europe.

As a real estate expert, Mr. Gross also spoke to the Defense Minister about promoting initiatives in the struggle to lower housing prices in Israel.

Also present at the meeting was Mr. Alon Tal, head of the TAO Family Office, which works in conjunction with World Yisarel Beytenu to strengthen the involvement of Jewish leaders in the struggle against the delegitimization of Israel around the world. 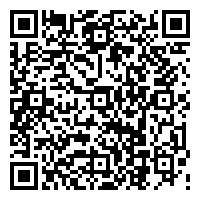