A few years ago, my friend’s husband made a New Year’s resolution to join a gym in order to lose weight. He found a promotion for an exclusive gym membership – 50 percent off! – and immediately signed up.

He arrived the first day with excitement and energy. But before walking into the exercise room, he stopped by the front desk and asked, “You guys are practically giving away memberships! How can you afford it?”


The woman replied, “You want to know the truth? Today the room is packed, but in another week or two, it will be empty. No one commits for too long.”

Many of us personally know how true these words are. Statistics claim that by February, 80 percent of people have already given up on their New Year’s resolutions. So how do we become part of the 20 percent who remain steadfast in achieving their goals?

Motivational speaker Charlie Harary shares an incredible story. In 1980, a man by the name of Herb Brooks was tasked with an assignment everyone assumed would end in failure. He was told to form a competitive American hockey team for the 1980 Olympics but wasn’t allowed to recruit professional players.

Despite this obstacle, Coach Brooks managed to recruit a ragtag team that amazingly won the Olympic gold medal and defeated the Soviets – the reigning champions – in the penultimate game. It was one of the greatest sports upsets of all time and has been termed “The Miracle on Ice.”

How did Brooks achieve the impossible?

The players he recruited were young and energetic. But although they were talented, Brooks realized that his players were individually weaker than the members of the Soviet team, and the prospects of defeating them were bleak.

Nonetheless, they worked hard and practicing relentlessly, and the first game finally arrived. As expected, they were slaughtered.

After the game, Coach Brooks didn’t allow them off the ice. Even though they were worn out, he forced them to skate across the rink repeatedly. The players were wearing heavy hockey gear, but the coach wouldn’t relent.

After more rounds of the team skating back and forth, Brooks finally pointed to a player and asked, “Who do you play for?”

Heaving from exhaustion, the player answered, “I play… for the United… States… of America.”

Satisfied, the coach responded, “That’s right. The only way you stand a chance at victory is when the name on the front of your jersey – USA – is more important to you than your own individual last name on the back of your jersey. That will be all.” He then walked off the ice.

And the same is true of us. When the new year arrives, the odds are stacked against us. We barely stand a chance against our greatest opponent – ourselves. But perhaps we too can have a miraculous “upset” if we focus properly.

Deep down, we are all worried first and foremost about ourselves. But when we worry about ourselves, we’ve forgotten why we’re here. We must grow to realize that we aren’t on Earth to play for ourselves; ultimately, we’re here to play for Hashem. We were recruited to play on Hashem’s team and for Hashem’s glory, and our aspirations should reflect that.

As January begins, many of us set new goals. Personal resolutions are wonderful, as long as they reflect our true purpose. Do they make us better people to perform Hashem’s will?

Recognizing that the name on the front of the jersey takes priority is actually the secret ingredient to sticking to our goals. Just like the hockey players, we cannot achieve greatness alone. It’s only when our goals have a deeper purpose and we team up with Hashem that we have the power to succeed.

We don’t need to revamp our goals entirely; we just need to examine their underlying reason. A person can decide to lose weight for the sole purpose of improving her external look or the motivation can be deeper. If the purpose is to live longer and be healthier to serve Hashem with vigor, then suddenly the physical goal becomes spiritual. The action – losing weight – superficially looks the same, but one motivation primarily serves the self while the other primarily serves G-d.

When our resolutions reflect Hashem’s will, the name on the front of our jersey becomes the priority, and miraculous upsets can happen.

So this year, let us all join the coveted 20 percent. Let us adopt and stick to our G-dly resolutions and experience the greatest upset of all time – within ourselves. 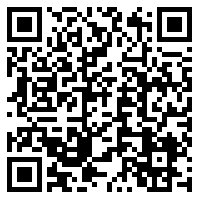